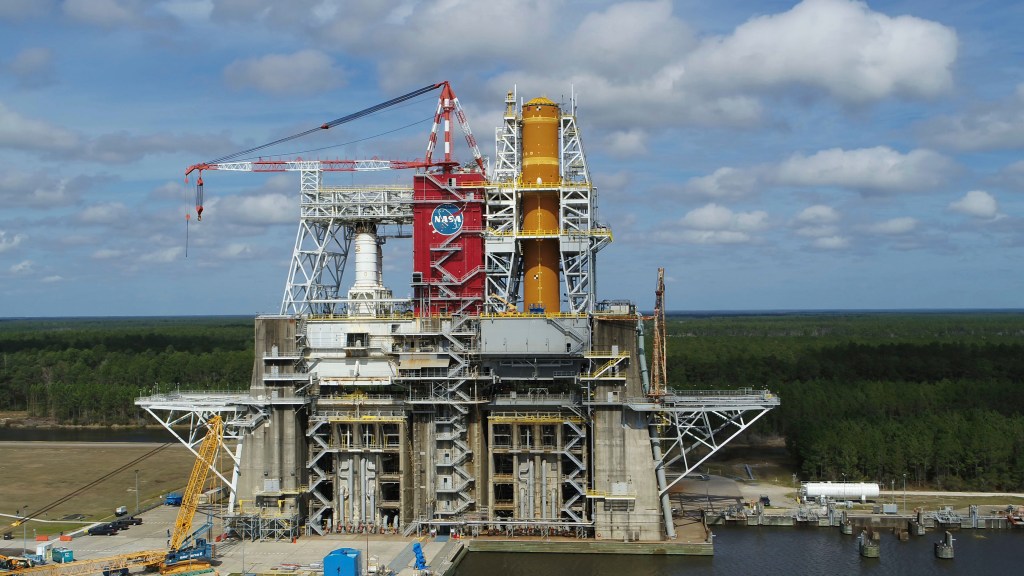 The anticipated test will involve firing four RS-25 engines to produce a combined 1.6 million pounds of thrust. The acoustic level produced is expected to be about 10-20 decibels higher than during a normal single engine test at the site.

The actual acoustic level experienced by area residents will depend on their location relative to the test site and the prevailing weather conditions.

NASA is targeting a two-hour test window that opens at 4 p.m. CST Jan. 16, for the hot fire test of the SLS core stage. Live coverage will begin at 4:20 p.m. on NASA Television and the agency’s website, followed by a post-test briefing approximately two hours after the test concludes.

Due to COVID-19 protocols, there will be no public test viewing opportunity on site.