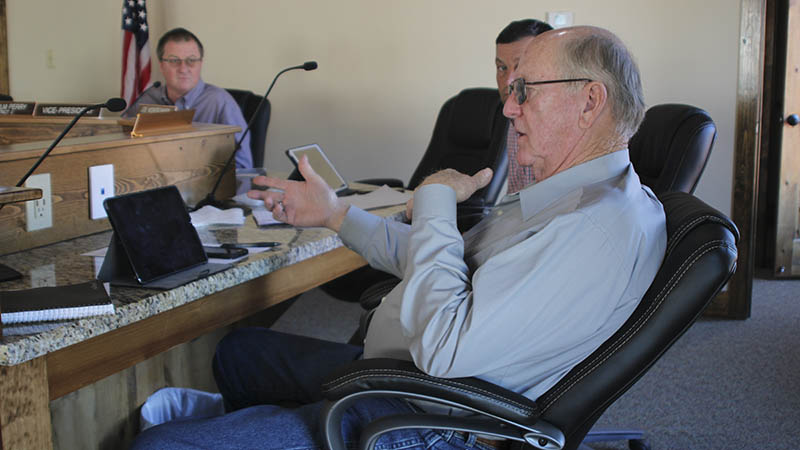 District III Supervisor Hudson Holliday talks about the importance of enforcing county ordinances during a Board meeting Wednesday.

County litter officer Jason Lee came before the Board to ask them to enforce the county ordinance by pulling the three permits. Lee said that there are approximately 20 companies who offer commercial hauling in the area, and the majority do not cause issues. But the three companies in question consistently fail to abide by county rules, like not showing up to get their permit, not using tarps or dumping trash on private property.

With three convictions in a two year period, the Board can suspend a permit for one year, said Lee.

Lee said he believes that if the Board did not enforce the county ordinance, it could make it more difficult to enforce it in the future.

Board members said they would consult with the county attorney on updating the ordinance.