Ring in the New Year safely with these fireworks tips 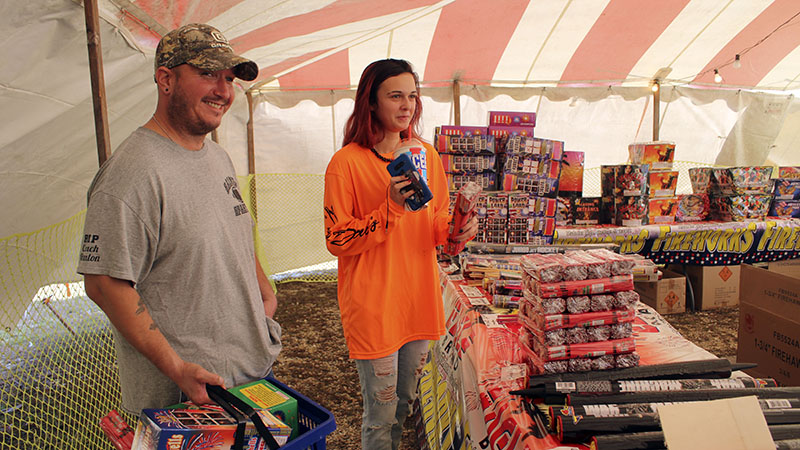 With 2020 in the rearview, families may want to start the new year with a bang.

Organizations like the National Fire Protection Association recommend people attend fireworks shows instead of lighting their own fireworks. However, the pandemic means that large gatherings will be limited, so the NFPA recommends celebrating with safer alternatives like glow sticks, noise makers or silly string.

For those who still want to set off some professionally made fireworks, safety should be paramount. According to the National Safety Council, young children should not handle fireworks and older children should always be supervised. Fireworks that malfunction should not be re-lit or handled. Spent and unused fireworks should be soaked in water before being thrown away.

Picking the right location to light fireworks is also important. Fireworks should be used away from structures and flammable material, with a water bucket or garden hose near by. And as always, fireworks should never be aimed at a person.

According to the Consumer Product Safety Commission, fireworks packaged in brown paper are usually made for professional displays and could be dangerous to the average consumer.

According to the 2019 Fireworks Annual Report from the Consumer Product Safety Commission, there were an estimated 10,000 fireworks related injuries treated in U.S. emergency rooms in 2019. Of those injuries, 57 percent were burns. Sparklers accounted for an estimated 900 of those injuries and bottle rockets accounted for 400. There were at minimum 12 non-occupational fireworks related deaths that year.

Within the city limits of Picayune, fireworks are legal for use until Jan. 2.