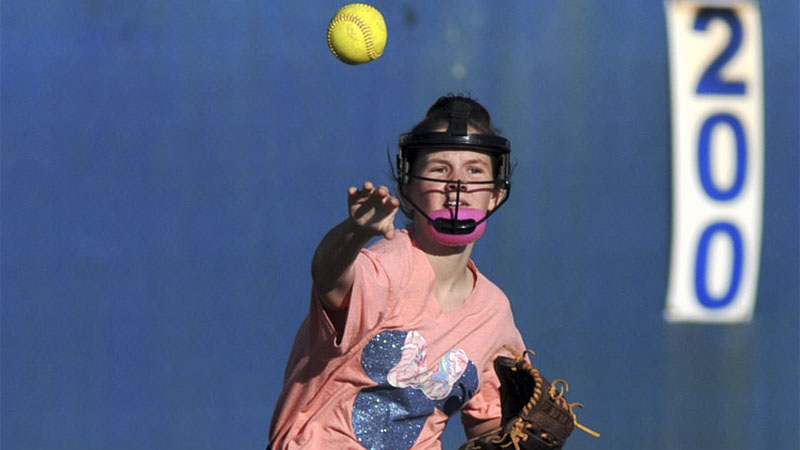 Learning Process: PRC's players have been going through the process of preparing for a varsity season with several players having never competed at that level before. File photo by Jonathan Mitchell.

The nine seniors who graduated from the squad are being replaced by underclassmen who didn’t get to have a junior varsity season last year either.

The inexperienced players lack of game time has led to the team focusing on the basics this offseason.

“A lot of things that would take care of themselves during a season, none of those things could happen. You can’t assume anything because so many of them are trying to learn things at this level for the first time, but they’ll get there and they’re working hard,” Head Coach Tony Labella said.

Last season’s early end has served as a learning opportunity for this year’s players.

Athletes who were part of the squad previously understand the work that goes into competing at the varsity level, and now they take the responsibility more seriously knowing it could end at any moment.

“As much as policies change and with everything in life they realize there’s no guarantee we’ll go through a whole season. Literally every practice we’ll end with saying, ‘You have to be smart with this (virus).’ Hopefully they’ll be more appreciative of the chance to play since it was taken away from last year’s team,” Labella said.

With only three seniors on this year’s squad, the Lady Blue Devils are going to be dependent on the program’s young talent to fill the spots left by last year’s graduating class.

There will be a transition period, and Labella said the veteran athletes are learning about what it takes to lead a varsity team.

“When you don’t have seniors in every position group you count on veteran (underclassmen) to step up. It’s also a process for returning starters to not only do what they did on the field (last year), but also do what other people did for them when they were coming up,” Labella said.

PRC isn’t currently allowed to have any sort of competitive games with other schools because of COVID-19 restrictions in place from the Mississippi High School Activities Association, so the team has instead been having inter-squad scrimmages.

Labella said the competitions are good for his players to be put in game like situations, but that there’s no true replacement for the real thing.

“They’re good because (the players) can see live pitching and read signs from the coaches, but it’s nothing like playing someone else. When we get closer (to the season) there might be a chance to have something controlled (take place),” Labella said.

The team will continue having its practices during the day until late January when the squad will start working after school as well to prepare for the start of the season.