PRC baseball able to still get work done during pandemic 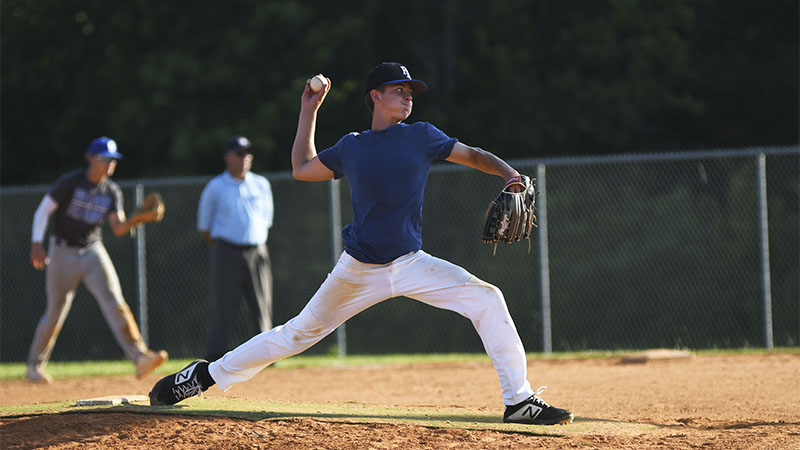 Getting Reps: Several PRC baseball players also took part in summer baseball leagues to keep their skills sharp after coming out of lock down. Photo by Jonathan Mitchell.

Pearl River Central’s baseball team hasn’t slowed down, even with the pandemic ongoing, as the players and coaches altered practices to make them feasible during these unprecedented circumstances.

Head Coach Neil Walther said 19 of his players were available for fall practices, which meant the team was able to lay the groundwork for all the offensive and defensive strategies the Blue Devils will use this season.

There was also five weeks of practices that focused on getting live reps, where pitchers and hitters went at it in modified scrimmages.

Walther could pick and choose which players got the most reps depending on who needed them, and the team could be more focused on itself seeing as there was no opponent to face.

It’s an efficient process that was embraced by the athletes as they deal with the trauma of last season ending early.

“I think the enthusiasm has been there, and I figured it would be since they didn’t get to play last year and are excited about the upcoming season. For the most part they have approached it like they’re getting ready to play the next day,” Walther said.

The team’s overall experience will be helpful for the Blue Devils as they deal with the uncertainty of the 2021 season.

Several players on the team have been starters at the varsity level for years, so Walther is expecting those veteran players to take advantage of their experience.

“I think we have four guys who are three year starters and one of the is not even a senior. I think where it helps is in the playoffs. If (the opponent has) not been playing a lot of playoff games I think the experience helps there,” Walther said.

Preparation for the upcoming season will pick up steam in January before the team goes full tilt heading into early February when the games will begin.

PRC is scheduled to start competitive play in early February and practices won’t start again until the first week of January, so the team will only have a little over a month to get game ready before the season begins.

“In January we’re going to get ready for full practices in February. We’ll do kind of the same thing we did in the fall with modified practices, but it’ll mainly be a situation of getting pitchers ready to start playing games,” Walther said.