Poplarville softball done with practices for the semester 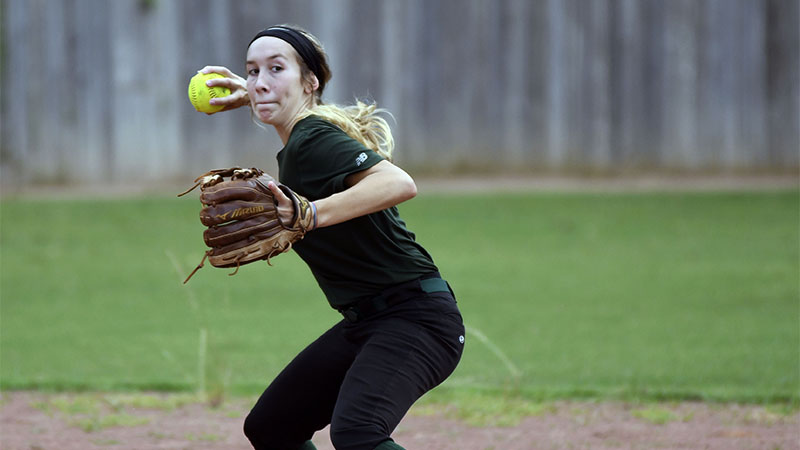 Done For Now: Following months of practice the Poplarville Lady Hornet softball team has shut down just prior to the Christmas break due to players in COVID-19 quarantine. Photo by Jonathan Mitchell.

The Poplarville Lady Hornets softball team has been hard at work this fall hoping for a full season after last year’s was cancelled due to COVID-19.

Head Coach Janessa Deckwa said the team was working on fundamentals and trying to get the players into game shape prior to Christmas break.

“We were able to hit off of some live pitching. We were continuing to workout in the weight room and conditioning, while also doing some defensive work to get that sharpened up a bit before the holidays,” Deckwa said.

The team’s workouts came to an end last week after several players went into quarantine due to being possibly exposed to COVID-19.

As a preventative measure, the program shut down and practices ended.

While it wasn’t the way Deckwa wanted the final weeks of the first semester to go, she said her players still got plenty of work in during the summer and fall practices.

“We had done two full scrimmages before a couple of kids went into quarantine. Those went really well, and then from there on out we just did small groups of live hitting. I don’t think we’re hurt by it. The kids still got to get live at bats and live defensive work. We got a lot done this fall,” Deckwa said.

The team won’t return to workouts until after the holidays, and then the season will be fast approaching.

Games will start in mid February, but the Lady Hornets won’t be able to start after school practices until the final week of January.

Practices will be more intense, and the emphasis will shift from fundamental work to game strategies and skills.

“We’ll just continue getting the girls in game shape when we get back and knock the dust off from the last couple of weeks. It’ll be similar to the fall, but when we start after school practice it’ll definitely pick up a bit. We’ll be able to get more game focused. We’ll run a lot more live defense and have some (athletes currently in other sports) back,” Deckwa said.

Following last season’s early ending, Deckwa has made sure to keep her players positive heading into the spring semester.

The future is unknown, but that doesn’t mean there won’t be a season.

Deckwa said she wants her players to stay focused and control what they can, which they’re hoping will result in being able to play a full season.

“We haven’t had the conversation about what it’s going to look like because none of us really know and I don’t want them to prepare for anything to be different.”

“We want their mindset to be that we’re getting back and getting to work when the holidays are over. I’m really, really hopeful for a full season for the girls. With it being cut short last year, that was kind of devastating,” Deckwa said.