Poplarville athlete holds on to memories made 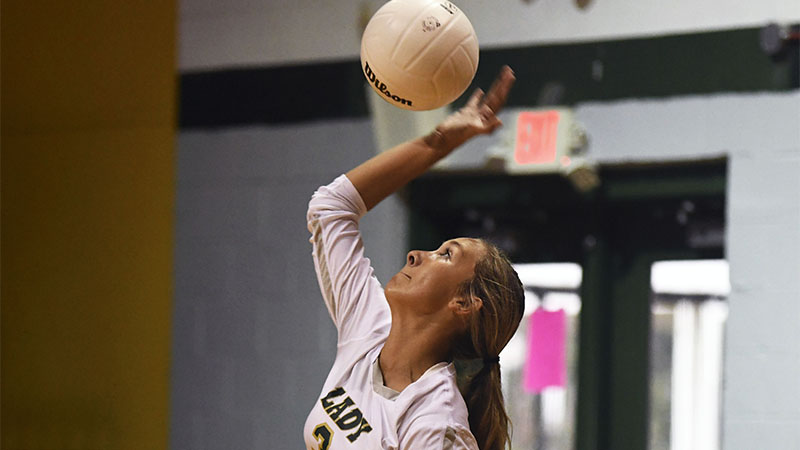 Janna Peterson plays softball and volleyball for the Poplarville Lady Hornets while also supporting the football team from the sideline as a cheerleader. Her years of involvement with various extracurricular activities at her school left her with experiences she’ll never forget.

Peterson has been playing softball since being introduced to the sport at the age of 7 through the Poplarville Athletic Association.

Volleyball and cheerleading were then added later on, and Peterson said being a part of multiple organizations leads to some long nights.

“This past semester I had three practices a day, then sometimes I wouldn’t get out of practice until 6 at night. I would be tired. I’ve had to stay up very late studying sometimes, making myself go home and do my work and knowing I have to get it done,” Peterson said.

Peterson is a senior and knows the end of her high school career is fast approaching.

However, the experiences she’s had over the past four years will stick with her even after she leaves campus.

“I just have always loved sports. I know in the future I’ll never be able to go back and do that again. I’ve made a lot of memories and friendships, and it’s taught me a lot,” Peterson said.

Relationships with teammates and coaches are important to Peterson.

Each organization has its own group members and goals, but at the end of the day they’re all there to support one another.

“Each sport, all of our teams, are like a family. I have a bunch of different families that I can go to and they’re there for me,” Peterson said.

Peterson is looking to move on to Pearl River Community College after high school and take part in the athletic trainer program.

After that there’s no telling what the future holds, but Peterson isn’t setting the bar low for herself.

“One of the main things I’ve been taught is overcoming adversity and to keep pushing. Don’t give up until you reach your goal and once you reach that goal, set another goal higher than that and try to reach that. One thing I can say is all of the coaches I’ve had, they’ve always pushed me to better myself,” Peterson said.