Picayune tennis ready to make the most of the spring semester 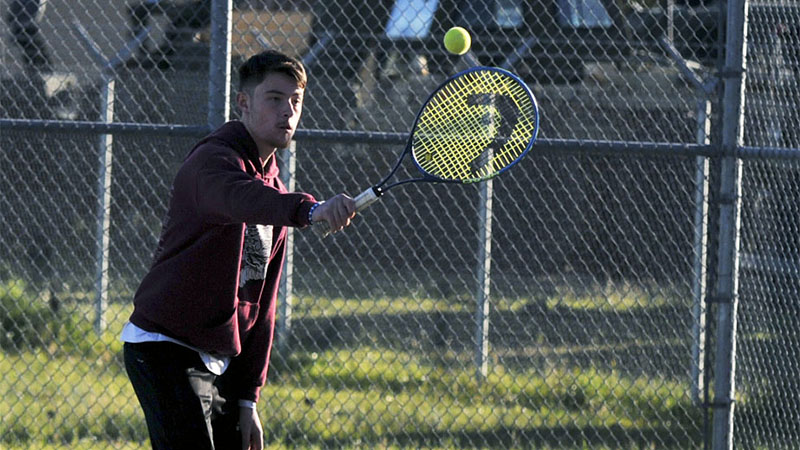 Sharpening Skills: Tennis practices will be starting soon for the Maroon Tide as they look to knock the dust off before the season begins. File photo by Jonathan Mitchell.

Picayune’s tennis team was part of the unfortunate groups whose 2020 spring semester ended early because of the coronavirus pandemic, but the players will use that experience as a source of motivation heading into this season.

Once the players return from Christmas break, the program will up the intensity not only to get the athletes back in shape, but also to brush up on the basics that might’ve been neglected.

“We’ll head out and start hitting the ball and try to get more practice in. We’ll just work on fundamentals, knocking the rust off and getting ourselves on the right track I hope,” Head Coach Chris Wise said.

The coaching staff hosted summer workouts when lockdown was lifted and the athletes used that time to brush up on some skills that may have fallen by the way side during quarantine.

Those workouts also gave the athletes a reason to get active after months of being sedentary, and Wise was happy to offer that opportunity.

“The kids were eager when we had practice this summer and it was about giving them something to do rather than being stuck at the house. Once the lockdown began to lift and we did summer practices they seemed really excited to do so,” Wise said.

Wise wants to continue building the program into a perennial contender and that includes getting more athletes to join.

The city of Picayune recently re-paved the tennis courts at Friendship Park where the team practices, and the improvement to the facilities gives players a better environment to work in.

Wise is hoping for the construction of more courts in the future so Picayune can start hosting tournaments, but he said the improved courts are a step in the right direction.

There’s still some uncertainty regarding spring semester sports and how they’ll be affected by COVID-19.

While another shut down isn’t likely, Wise said his athletes need to take advantage of the time they have competing after losing out on the majority of last spring.

“I expect with tennis for them to get out there to push hard and play hard because you don’t know how much of a season you’ve got. You have to make the most of what you’ve got and not take things for granted,” Wise said.

Wise said dominating district opponents and making it to the state tournament are two things that’ll be prioritized this year as the players look to build on last season’s progress.

“I’m hoping to take the district. I may be wrong, but that’s my goal. Then we’ll see how far into the playoffs that takes us. Before COVID I brought six kids to the individual state tournament and I don’t see why I couldn’t bring even more than that (this year),” Wise said.