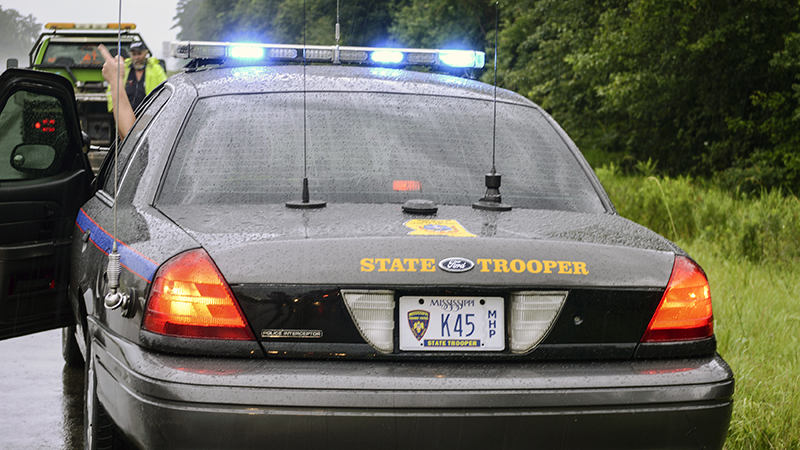 File photo of Mississippi Highway Patrol at work. MHP responded to a fatal two car collision on I-59 Monday afternoon.

Update: The crash victim has been identified as 39-year-old William McCardle of Poplarville, Miss.

One Pearl River County resident died in a two vehicle collision on I-59 Monday afternoon after traffic came to a halt to allow a medical helicopter to land on the interstate.

An ambulance with AAA encountered an unknown mechanical issue that disabled it on the side of the interstate at approximately 1:30 p.m. near the 25 mile marker. The interstate was briefly closed to allow a medical helicopter to land, so that the patient in the ambulance could be transported by helicopter, said Corporal Cal Robertson with Mississippi Highway Patrol. The patient was transferred from the ambulance to the helicopter.

When traffic came to a stop, an F-150 pick-up truck rear-ended a semi truck, said Robertson. The pick-up truck driver, a Pearl River County resident, was pronounced at the scene of the accident. The semi-truck driver was uninjured and there were no passengers in either vehicle.

The accident is under investigation by MHP.