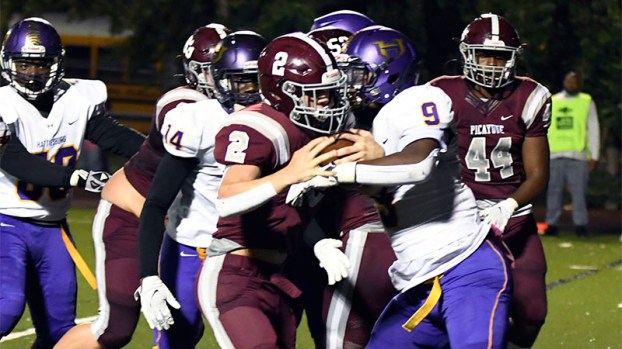 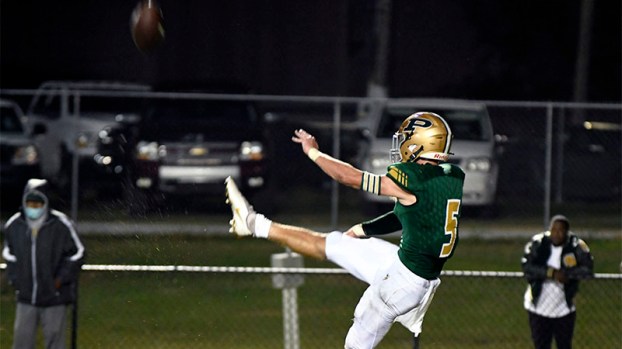 Field Position: Along with playing wide receiver and cornerback for the Poplarville Hornets, Torry Polk also handles punt duties for the team. Photo by Jonathan Mitchell.

The football game pitted the best football talents from the northern and southern halves of the state against each other, which this year included Torry Polk of Poplarville and Austin Samples of Picayune.

The South Team, which included Polk and Samples, ended up winning the game 16-10. Samples said the victory was a nice way to end his high school football career after getting to know his All-Star teammates.

“We became really close. It was a good experience and it meant a lot to me. I was happy we got to win my last game as a high school player,” Samples said.

Both athletes went into the game with a mindset of representing not only their respective schools, but the county as a whole while competing on the biggest high school football stage in Mississippi.

Polk said his local community served as inspiration heading into the game after playing in front of the Poplarville crowd for the past several years.

“It feels great. The community stands behind you no matter what. They’re great around here. If you play high school football they’ll know you,” Polk said.

Both players are coming off playing a football season during the unprecedented circumstances of the coronavirus pandemic.

The uncertainty going into every day, whether or not the season would continue, had an affect on the players and has placed an emphasis on creating new relationships and strengthening existing ones.

Samples said that no matter what sport he’s competing in, those closest to him continue to offer support and encouragement as he heads into the final semester of his high school athletic career.

“My parents, family and friends are always encouraging me to do things for football or baseball, anything athletics wise. I have to give props to all of them. I definitely want to get a better bond (with all of them) because you never know what the future holds,” Samples said.

Both players are seniors and won’t play another down for their respective teams now that the All-Star game has come and gone.

His high school football career may be over, but the influence his coaches had will follow Polk after he graduates.

“The coaches, I can’t stress this enough, how good those guys are. They’re great for us, they push us so hard but they’re there for us every day. Whether you have a father or not they’ll be there and play a part of that role. They love you before the game, after the game, before the season or after season, they love you no matter what,” Polk said. Polk will now start competing with the Poplarville basketball team while Samples will move to the baseball diamond and prepare for the Maroon Tide’s 2021 baseball season.