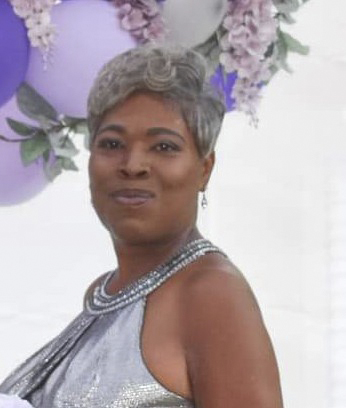 Graveside services for Debra Gail Johnson, 55, of Picayune will be held on Thursday, December 3, 2020 at 1:00 p.m. at New Palestine Cemetery. Rev. Brian Dees will officiate at the service.

Debra Gail Johnson was born the youngest child of Gloria S. Johnson Woodard and Luther Woodard, Jr., on August 26, 1965 in Dallas, Texas. She lived in Dallas until the death of her mother Gloria in 1972. In 1972, she moved to Picayune to live with her maternal grandparents, Ophia Lee Johnson and Rufus Johnson.

Upon arrival to Picayune, Debra and her siblings, united with Pilgrim Bound Baptist Church. Since 1922 her grandparents had been faithful members. Debra continued the tradition of her mother Gloria and served in the youth choir and on the youth usher board.

She began her formal education in Dallas and continued in Picayune public schools. Debrq excelled academically and participated in a multitude of extracurricular activities. She was a debutante for Alpha Kappa Alpha Sorority, Inc. her senior year of high school. An avid reader and artist, Debra graduated with honors from Picayune Memorial High School. She pursued higher education at William Carey University, Hattiesburg, Mississippi.

After college Debra married her high school sweetheart, Andre Johnson. While traveling across the country with Andre, as he pursued his career in the United States Navy, Debra gave birth to three children Nicole, Renee, and Cortez. Caring for and nurturing her children became Debra’s greatest passion. Debra devoted her life to caring for her autistic son Cortez…her pride and joy…her boy.

Debra later met Estervan Williams. She and her lifelong partner enjoyed caring for one another and shared in the joy of caring for Cortez and their grandchildren.

Debra had the smile and personality to light up the darkest day. To put it simply, to know Debra, is to love her. She left you no choice.

On Friday, November 27, 2020, Debra went home to be with the Lord. She is resting from her labor in the Arms of Jesus Christ. She was preceded in death by her mother Gloria Johnson Woodard; sisters, Ophia DelNita Johnson -Sylvas, and Felecia Bell Smith Jenkins.