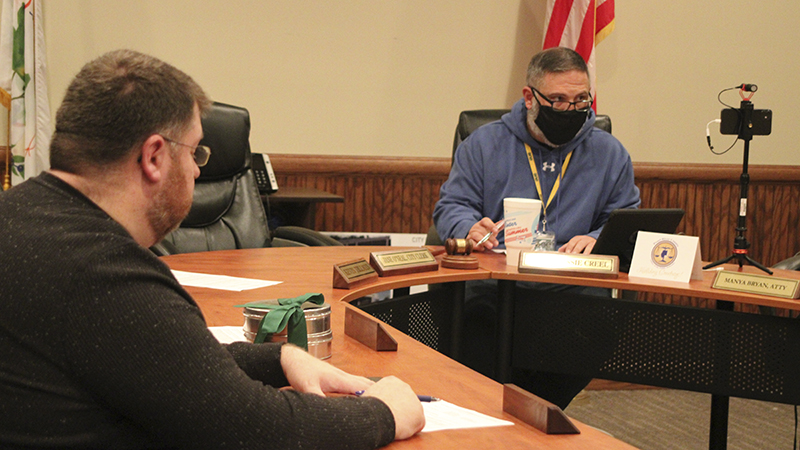 Poplarville’s Board of Aldermen has been considering the change since the summer because it is difficult for the Board to recruit municipal election commissioners.

City Attorney Manya Bryan wrote a proposed ordinance that the Board could use to make the change, but suggested holding off on abolishing the commission until the Board has an agreement with the county election commission.

In a separate matter, the Board discussed how to reopen City Hall. Currently City Hall is operating as drive-thru only to prevent the spread of COVID-19. Board member Anne Smith said she reviewed CDC and OSHA guidance, and is concerned about people coming into the building, figuring out who will clean the building and how to manage ventilation. Smith said that using the drive-thru to do business and staggering when employees are in the building matches CDC guidelines. Smith and Mayor Rossie Creel will create a reopening plan and timeline to present at the Board’s next meeting.

The Board also approved adopting new policies and forms for handling city employees being tested for COVID-19, being in close contact with someone who is COVID-19 positive or who needs to be quarantined. The policies follow federal guidelines for emergency leave set out by the Families First Coronavirus Response Act. The forms and policies are the same as those being used by the Poplarville School District, said Creel.

—Approved a landscape permit for Kyle Todd’s Tree Service for tree removal on Liberty Road, and in Cobbs Cove subdivision on Maria Street at the recommendation of Code Enforcement Officer Kolby Davis.

—Authorized paying the Poplarville and Pearl River County Airport Board $1,579. The money will be used as matching funds for a grant to improve drainage at the airport.