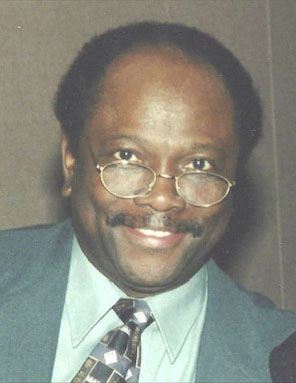 Charles Edward Jones has been a Picayune native his whole life. He was the Valedictorian in his 8th grade class and became the first Eagle Scout in Troop 412 under the leadership of the late Alonzo Dees.

After completion of high school, he enlisted in the United States Air Force where he traveled the world, including Spain and France. After graduation from The University of Southern MS, he began to serve in his community. He was a member of the Brick-by-Brick committee, and volunteered as a basketball coach with parks and recreation in Picayune, MS.

In the early 90’s, he had a successful photography and tee shirt business in the Pearl River County area. Charles worked at John Stennis Space Center as an award winning photographer for 22 years before retirement. Charles has always loved to cook, and he used cooking as his ministry. After retirement, he went back to college at MS Gulf Coast Community College and received an Associate of Art in Culinary Arts. He was dedicated to helping others in times of need. Charles life can be summed up in three words: Devotion, Commitment and Charity.

On the morning of December 25, 2020 when Jesus Christ was born Charles received his wings at the age of 70 in Gulfport, MS.

Graveside services will be held today, Wednesday, December 30, 2020 at 2:00 p.m. at New Palestine Cemetery. Due to COVID-19 mask and social distancing will be observed.