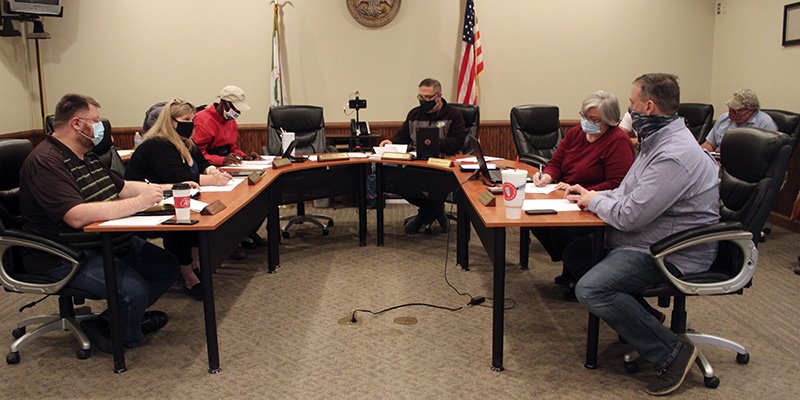 The Poplarville Board of Aldermen heard updates from Police Chief Danny Collier on the department's progress in meeting federal crime reporting requirements.

The Poplarville Police Department is on track to meet new federal crime reporting requirements in January.

Poplarville Police Chief Danny Collier informed the Poplarville Board of Aldermen that the department was able to submit NIBRS reports to the state for the month of May on Monday with no errors. The department needs six months of consecutive error free reports submitted by January to meet the reporting deadline. Not meeting the deadline would affect grant funding received by the department. Successfully submitting the reports has been a struggle due to technology issues.

Collier also updated the Board that of two donated cars the department received, one will be used as a parts car and the other is being repaired to get it running.

In a separate matter, a local resident once again requested the Board allow him to bury three urns within the same family cemetery plot. Donald Witsil previously made the request of the Board, when the city did not have a clear rule on whether urns could be buried in the city cemetery plots.

This prompted the Board to discuss how many urns should be allowed in one city cemetery plot over several meetings and led to the change in the city ordinance to specify that two urns can be buried in one plot, or a columbarium can be erected to hold more urns.

Witsil submitted a request asking the Board to make an exception to the ordinance and allow him to bury three urns in one plot. During Tuesday’s meeting, the Board declined the request in a vote of four to one, with Alderwoman Anne Smith dissenting.

Issuing the TIF Bonds was planned before ground was broken on the shopping center, when the city and county established a TIF District in 2017.

The bonds were issued earlier in 2020 and are paid using sales tax revenue generated by the shopping center.

The city will be reimbursed $15,033 for 2017 TIF district creation and development agreement fees and the remainder of the bond proceeds, $59,500, will be transferred to the 2020 debt services reserve funds.