PRC girls basketball team goes into quarantine, out of action for two weeks 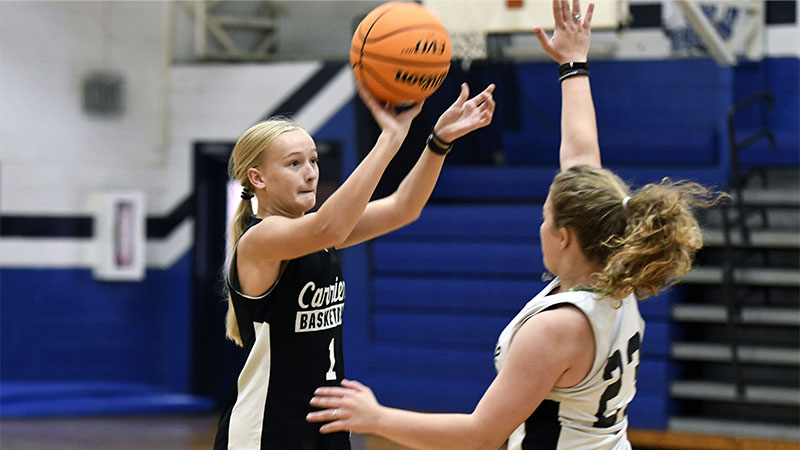 This means the team will not have any practices or games for the next two weeks as the athletes and coaches head into quarantine.

The team’s first game back should take place on Dec. 3 against Gautier.

Having several players test positive is unfortunate, but the Lady Blue Devils are hoping to make the most out of the situation with players using the time off to rest and recover from other injuries.

The fact that this quarantine occurred early in the season is beneficial as well because it means the contests PRC is missing out on don’t have any effect on playoff status.

“It’s definitely going to hurt. Just being out of anything for two weeks when you have other kids repping it every day (isn’t good). On a positive note I do think getting 100 percent healthy is beneficial. We’re taking it one day at a time and building some momentum. Hopefully we can use this as a time of rest to get healthy, but only time will tell,” Bauer said.

Bauer said he plans on sending some film to his athletes to study and analyze, but when it comes to staying in shape the athletes will have to take that upon themselves.

“I have a few players who are going to do it regardless. I have a few kids who are highly committed who will stay in shape and be playing basketball. I’m going to give stuff for them to do, but at the end of the day we have to rely on them,” Bauer said.

The Lady Blue Devils previously did a good job of avoiding COVID-19 and any positive tests up to this point.

Bauer had hoped his team would get through the season unscathed, but the virus has now made its mark on the squad.

“We had been so confident. We hadn’t had one kid get sick then all of sudden we couldn’t run from it. For people who try to brush it to the side, there comes a point where you have to deal with it and that’s what happened to our team,” Bauer said.

The team needs to find out if the athletes will have to go through an acclimation period of conditioning and practices before they’re able to compete again, but if that isn’t the case then Gautier will be the team’s first competitive matchup in over two weeks.

The Lady Blue Devils will have home court advantage against the Gators, and the game is scheduled to begin at 6 p.m.