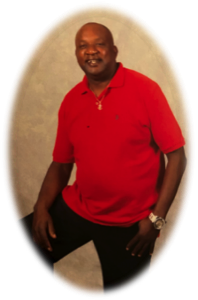 “Come unto me, all ye that labour and are heavy laden, and I will give you rest.” Matthew 11:28

Marvis Burkett, 59, transitioned to his heavenly home on Monday, November 2, 2020 at the North Oaks Hospital in Hammond, LA surrounded by family and friends.

He attended New Hebron High School and later joined the Job Corps as a young adult where he received training and certification in industrial welding. At an early age he professed his faith in Jesus Christ and joined North Pleasant Hill Baptist Church. Thirty-Nine (39) years ago he relocated to Picayune, MS and met “his Queen,” Deborah Ann Robinson of Carriere, MS. The couple was united in holy matrimony on June 17, 1989. The couple was blessed with a blended family of four children. He joined the New Hebron B.C. in Carriere, MS under the leadership of Rev. A. D. Jackson and became member of the Combined Choir. During his early career, he was employed as a Class A Welder with Avondale Shipyard, Halter Marine in Pearlington, MS and Ingalls Shipyard in Pascagoula, MS. He later became a self-employed handyman and provided bush-hogging services throughout Pearl River County.

An avid outdoorsman, Marvis was passionate about hunting and camping and everything that went along with it. He traveled frequently to his camp in New Hebron, MS and never missed deer hunting season. He also enjoyed fishing, football, barbecuing, working in the yard and his dogs. Above all, he was a loving and devoted husband, father, grandfather, always loyal to his family and never let anything upset him. As a result of his calm demeanor and pleasant personality, he was loved by many and will be deeply missed.

In addition to his mother, Marvis was preceded in death by one brother, Robert Gibson Jr. and one sister, Patricia Montgomery.