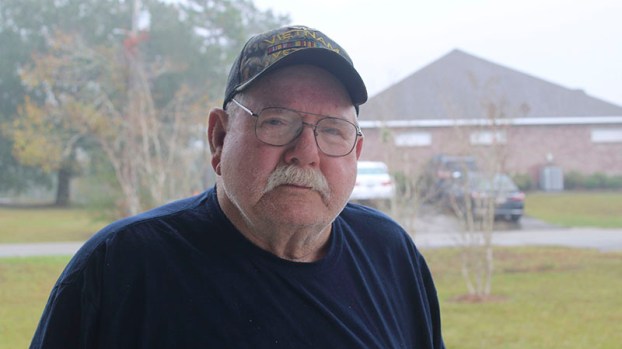 Charles Simmons is a veteran of the Vietnam War.

Charles Simmons is one of many local residents who served in the armed services who should be recognized during Veterans Day.

His time in the military started when he was drafted into the United States Army in 1967.

“Being drafted and serving in Vietnam, I didn’t have a problem with either one of them. In other words, it was my turn to go and I went,” said Simmons.

What Simmons does have a problem with is how the country responded to Vietnam veterans when they returned home.

“The community was about the same, but out in the public was totally different. They didn’t want to see you, want nothing to do with you because you went over there and you lost the war. And we didn’t lose anything,” he said.

“I don’t know why the people felt like they did, but everybody that goes into the service no matter who he is deserves the recognition when he gets home, and we didn’t have no recognition at all.”

During his two years in the Army, Simmons worked as an aircraft repairman.

“I spent the whole time flying here, there, everywhere. There was me and one more officer who flew everywhere.”

The plane did not have gunners, just the pilot and Simmons.

“We went and picked up people that got shot down. People that needed to be moved from one place to another, we moved them.”

“I operated the handguns, which was mini guns, grenade launchers and rockets, and I fired all of them, which we never fired at nothing but the ground as far as I know. We never killed nobody.”

Along with transporting people they also transported food, which he says is better than anything being provided to service men and women these days.

“At first we didn’t even have C rations, we had K rations. K rations were better than C rations. These MREs are not worth a flip for nothing that they got nowadays. They’re no good, but the K rations were like eating home food,” said Simmons.

Simmons returned home in 1969 and joined the American Legion in 1970. He found it hard to talk about his time in the military until attending a rehabilitation class years later.

Simmons was also not able to go to the VA for medical care for health issues caused by his time in the military until years after his service. He currently suffers from cellulitis, caused by congestive heart failure and COPD.

“You know, I just have several things that’s from Vietnam, in other words, Vietnam era. But I am 100 percent now and I’m proud of that. They finally got around to helping me a little bit,” he said.

Simmons will be spending Veterans Day with other veterans at the American Legion.

For many vendors, the 52nd Fall Street Festival held by Picayune Main Street Inc. was the first festival they were... read more