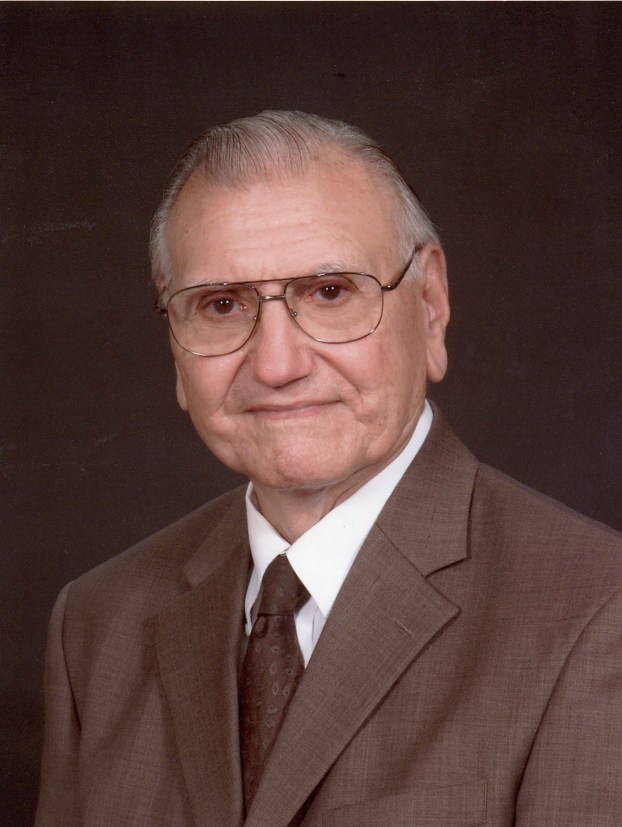 Fred was born in Picayune, MS, on October 7, 1925 to Boyd and Mae Henley. He attended school in Picayune, and the highlight and culmination of his school years occurred his senior year. As a high school senior, Fred played in the 1943 State Championship football game in Meridian, MS, as a proud Maroon Tidesman. The Picayune Maroon Tide football team defeated the Philadelphia Tornadoes and was awarded the State Championship trophy that would come home to Picayune and still remains in the school’s trophy case.

Fred was to graduate from Picayune Memorial High School in May of 1944, but along with several other classmates, including his lifelong friend, Bill Stuart, he was drafted into WWII. He subsequently received orders and boarded a train on Sunday afternoon following the State Football Championship win, bound from New Orleans to San Diego, to begin his basic training. In his absence from the graduation ceremonies, his mother, Mae Henley Spiers, walked across the stage to receive his high school diploma.

Fred served in WWII as a Marine on the aircraft carrier Intrepid. At the war’s end, he enrolled at Pearl River Junior College (as it was named then) where he attended from October, 1946 to December, 1948. While there, he played two years as starting right half back for the Wildcats. In the school year, 1947-1948, he was named “Most Outstanding Athlete” at Pearl River Junior College.

Fred married Velma Yvonne (Vel Von) Daniels on June 4, 1948. He completed his education at the University of Southern Mississippi where he earned his Bachelor’s Degree in physical education and history. From 1950-1952, he returned to Pearl River Junior College where he served as an assistant football coach to Dobie Holden. From 1952-1953, Fred was athletic director and head coach for football, baseball and basketball at Forrest County Agricultural High School, in Brooklyn, MS. He also became principal at Forrest County AHS. In the years, 1956, 1958, and 1962, Fred was named the Desoto Conference Coach of the Year. He led the Forrest County AHS football team to win the Desoto Conference Championship in 1956. While head football coach at Forrest County AHS, his eleven-year record was 89-13-2. Fred was the assistant coach for the South Mississippi High School All Star Football Game.

Fred moved with his family to Picayune, MS, and was hired by the Picayune School District as head football coach in 1963. He was a teacher and head football coach at Picayune High School from 1963 until 1965. He was the junior high school principal in 1965. During the years 1966 to 1970, he was the high school principal. During the years 1971 to 1975, he was assistant superintendent, and from 1976 until 1986, he served as superintendent of education for the Picayune School District, where he remained until he retired in 1986 after serving 36 years in education. Fred was then named director of educational services at Stennis Space Center where he served until 1991 when he fully retired.

In 1975, Fred was named Pearl River Community College Alumnus of the Year.

In 1985, the football field at Forrest County AHS in Brooklyn, MS, was named “Henley Field” in his honor.

In 2008, Fred was inducted into Pearl River Community College’s Sports Hall of Fame.

In 2015, he was inducted into Pearl River Community College’s Lifetime Achievement Hall of Fame.

Fred was a lifetime member of the First Baptist Church of Picayune where he was ordained as a deacon in 1976. He was recognized in 2015 for his dedication and service for having taught the same men’s Sunday school class for 50 years.

In lieu of flowers, contributions may be made in Fred’s honor to the First Baptist Church of Picayune, P.O. Box 477, Picayune, MS 39466.