Aldermen to build restrooms at park with grant funding 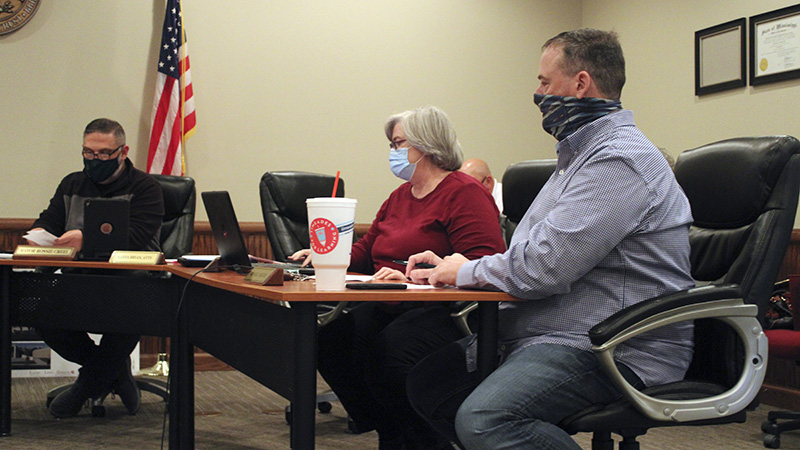 The City of Poplarville received a $20,000 grant from Mississippi Power to help build a pavilion and bathrooms in City Square Park.

The Board accepted the grant at their regular meeting Tuesday. The project is also being funded with an SMPDD grant worth $150,000. The Board awarded a bid for the project to Mitchco for $174,700.

Before receiving the grant, the Board thought it might need to reduce the scope of the project further because earlier bids came in higher than expected. Ground should be broken on the project in early December, said Architect Christian Landry with Landry, Lewis and Germany Architects.

In a separate matter, the Board discussed whether to reappoint Poplarville School Board member Jason Baker. Mayor Rossie Creel and Alderman Russell Miller recused themselves from the discussion. The Board members decided to take the matter under advisement and consider other candidates.

Baker was appointed to finish the remainder of Tommy Strahan’s five year term, which will end Dec. 31, 2020.

Board member Shirley Wiltshire said that the Board needed the opinion because traditionally it only appoints people who live within the city limits to city committees and boards. Wiltshire did comment that Baker has been a good school board member.

Alderman Daniel Brown said he believes that someone who lives within the city limits should serve on the school board seats the city appoints. The county Board of Supervisors also appoints members to the school board.

—Approved payment of $8,765 to CEI Concrete Services, LLC for work adjacent to Main Street. The work was completed Tuesday, so a final invoice should be available at the next Board meeting.

The next Board meeting will be Tuesday, Nov. 17, at 5 p.m. in Poplarville’s City Hall.

Nissan of Picayune Teacher of the Week, Nichole Aube