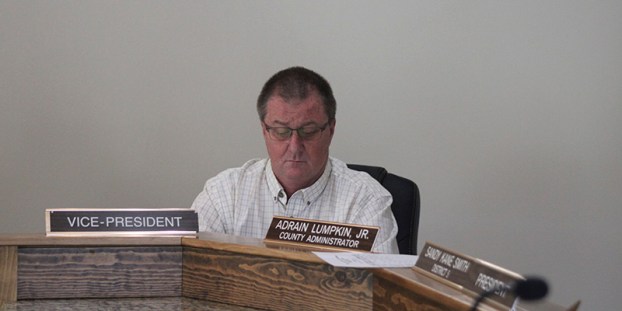 District II Supervisor Malcolm Perry announced to the Board that the county has been awarded a grant from the Department of Justice that will fund purchasing new body cameras for the Sheriff’s Department and will require no matching funds.

The Pearl River County Board of Supervisors discussed the Amacker Volunteer Fire Department and grant funding at their regular meeting Wednesday.

The Board also acknowledged final default judgments for two different seizures of property. The Sheriff’s Department will receive $8,709 and the District Attorney’s office will receive $2,177 of over $10,000 in cash that was seized from Steven Leamon when he was arrested in May. The Sheriff’s Department and District Attorney’s Office will also split the $2,122 seized from William Jefferson when he was arrested in 2019.

In a separate matter, the property that the Amacker Volunteer Fire Station resides on was deeded to the county by a local family, said Supervisor Hudson Holliday. The Board received a letter from one of the family members requesting the county release the property back to them. The Board responded that since the property is still being used as a fire station it will not be turned back over.

The agreement with the county was that the property would be deeded back to the family if the building is no longer used as a voting precinct or fire station.

Holliday said he did not believe the heir to the property understood that it is still being used as an active fire station.

—Approved training for six deputies and the Sheriff on human tracking in the woods. The tuition for the course is $700.

—Approved purchasing a cascade system for $31,55 from SunbeltFire for the South East Volunteer Fire Department. The Board also acknowledged the receipt of $45,447 of grant funding for the Emergency Management Agency.

—Heard that Household Hazardous Waste Day has been rescheduled to Dec. 5.
The next Board meeting will be Monday, Nov. 2.

Grant funding and donations are being sought in an effort to revitalize two alleys within the city of Picayune. During... read more