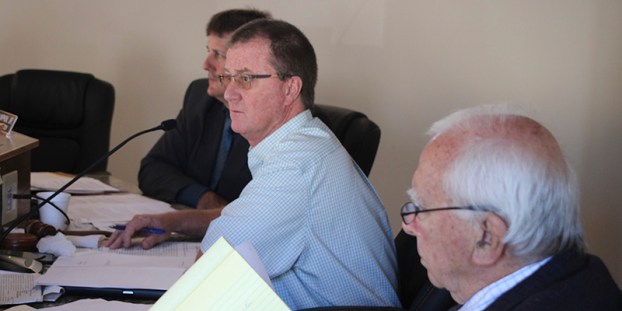 District II Supervisor Malcolm Perry ran Monday's Board meeting, as Board President Sandy Kane Smith was not in attendance. Photo by Cathy Cook.

The Pearl River County Board of Supervisors discussed whether or not to hold the county tax sale online again next year during Monday’s meeting.

This was the first year the county held the tax sale online. Pearl River County paid $29,000 to hold its tax sale online this year, while it only made $5,000 more than it did last year in overbids.

Tax Assessor Gary Beech said he was not sure if the tax sale would have been as well attended this year if it had been in person because of the pandemic. Beech suggested the Board ask the company to come back and present to the Board again as they consider whether or not to use the service again next year.

Beech said that Pearl River County did sell approximately $300,00 less than the previous year, so the tax sale was smaller this year.

In a separate matter, the Board approved a request to have Lawrence Printing print and mail land payment cards for 2020. The tax office already pays the company for the postcards and envelopes it mails out, but office staff spend the time to process the mail and send fewer items of mail with envelopes.

Beech said he believes the change might cost the county $4,000 to $6,000 more per year, but taxpayers will get an envelope and a return envelope, so he believes it will make it more convenient for taxpayers and better protect their privacy. The printing company’s representative informed Beech that the change will free up some of the tax office staff’s time to perform other tasks.

In a separate matter, the county will do a comprehensive update of its solid waste management plan. The Mississippi Department of Environmental Quality is requiring the county to update the plan in order to expand the service area for the landfill.

The original plan was written in 1993 and has been updated twice since then, said Les Dungan with Dungan Engineering. Dungan said he has put together a team to accomplish the update and is looking for potential grant money to help fund the update. The landfill owner has indicated they may contribute to the cost too.

The Board entered executive session to discuss potential litigation.

The next Board meeting will be Wednesday, Oct. 21 at 9 a.m. in the Board of Supervisors meeting room.

The Household Hazardous Waste Disposal Day set for this Saturday was cancelled on Monday and is expected to be rescheduled... read more