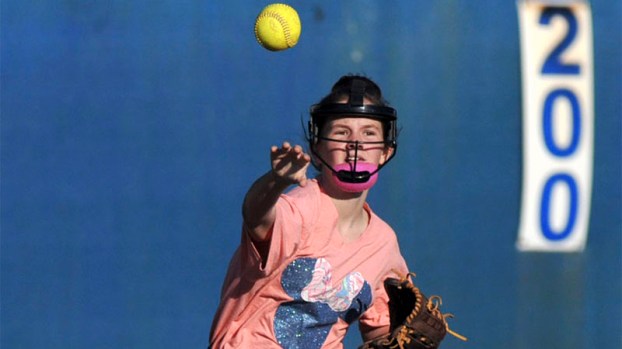 Teaching Moments: The PRC softball team is making sure the newer, more inexperienced players are familiar with the team's system before moving into other aspects of the sport. File photo by Jonathan Mitchell.

Pearl River Central’s Lady Blue Devils softball team saw nine seniors from last season graduate, so the focus this offseason has been getting the new athletes familiar with the team’s system.

Athletes who were part of the junior high program last year are now having to deal with the complexity and intensity of the varsity level, so the learning process has become more important this season than in the past.

Head Coach Tony Labella said he’s had the athletes focus on learning the lingo while understanding how to approach certain in game situations.

“With so many new (athletes) I felt like we needed to establish a common language as far as what we call plays and stuff like that. There’s been a lot more basics than there might’ve been at other times. I wouldn’t say we’re behind, but we’re definitely structured a lot differently (this offseason),” Labella said.

Currently the mental side of the game is what Labella has his players focusing on.

Knowing where to be and what to do in certain scenarios are key lessons that have to be learned before the season starts.

However, as the team’s first game gets closer Labella said practices will take on a different  tone.

“Once we get that base down, and we’re ok with it, we’ll go into the more simple stuff like hitting and position drills. We’ll do more physical stuff (later on), where as we’re doing mental stuff right now,” Labella said.

The overall inexperience has also led to some inconsistencies at practice that Labella wants to get cleaned up.

Labella said there are some other veteran players who aren’t seniors, and they’ve done a good job of keeping the new athletes focused, but it’s still not quite at the level he’s striving for.

“I think the ones who are experienced have stepped up and acted like seniors, but sometimes we’ve been really inconsistent in practice. Sometimes we look like a young team that’s going to be good once we get our act together, and other times we look too young (in general). We’re trying to get that consistency,” Labella said.

Throughout all the lessons being taught and drills taking place the athletes still have to contend with COVID-19 protocols.

The players’ temperatures are taken before entering the campus at the beginning of the day, and are taken again before practice starts.

Coaches also have their temperatures taken prior to practice.

Equipment is sanitized consistently while some things like bats and helmets are not being shared by multiple athletes.

Labella said coaches wear masks during the entirety of practice and social distancing is strictly enforced to keep the athletes safe as the offseason continues.

“The kids are very aware of it, but just like anything else you have to remind them a lot. We’ve really gone overboard with it. The first time I made them run for not social distancing, and the next day a freshman said, ‘Remember we have to social distance.’ It’s hard to get used to,” Labella said.