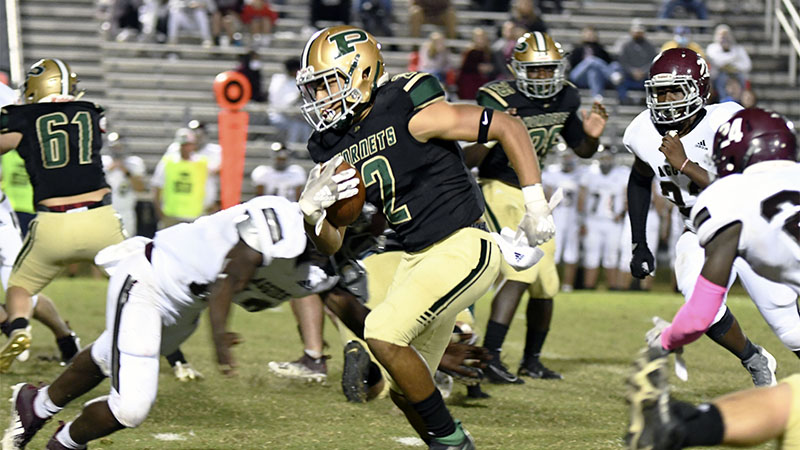 Getting Reps: Tail back Maurice Travis finds running room up the middle during Poplarville’s recent game against Forrest County. Photo by Jonathan Mitchell.

The Poplarville Hornets are coming off a dominant 69-8 win over Forrest County last week and will now look to continue that streak against Stone County Friday night.

After starting the season 0-2 Poplarville has now won two straight games and will work to win a third in a row when Stone County comes to town.

The game against the Tomcats will be the Hornets’ second district game of the season after the demolition of Forrest County led to their first district win.

“We played hard, played unselfishly. Our execution wasn’t that great. We had a lot of mistakes execution wise, but we did make up for it with our effort and how hard we were playing,” Beech said.

Tyron Holston was one of the game’s best performers offensively while Torry Polk led the Hornets’ defense with an interception return for a touchdown.

Holston has stepped up as a threat for Poplarville this year, and Head Coach Jay Beech is hopeful that’ll continue this week against the Stone County Tomcats.

“This is his first year playing wing back. The first couple of games he wasn’t quite sure of himself, but I think he’s getting more and more comfortable with the position. He’s going to continue to get better all year,” Beech said.

Polk meanwhile has turned into a shut down corner for the Hornets and was able to neutralize Forrest County’s top receiver last Friday evening.

Stone County will present a different type of challenge, but Beech said Polk is up to the task.

“He’s been playing at safety and corner, but I’m starting to think corner might be his best spot. It depends on who we play. He plays the ball really well in the air, and he was playing against a really good receiver (Friday evening) and took on the challenge,” Beech said.

Once the Hornets had a comfortable lead against Forrest County, Beech let the majority of the starters rest the remainder of the game.

The second unit came in and was able to keep the pressure on Forrest County, which Beech said is a definite positive as the team moves further into district play.

“It’s big for us get some younger guys in and let them get varsity playing experience. Any experience you get will help in the future. It also (built up the) kids’ confidence when our backups came in and performed really well. They’re going to be good for us,” Beech said.

The Hornets are aware of how tough the matchup with the Tomcats will be.

Poplarville beat Stone County 41-14 last year so the Tomcats will be looking for revenge when they come to town Oct. 9.

“I want us to execute on high level. You have to against Stone County. There are no wasted plays. We’ll have to tackle really well and gang tackle really well, just be really physical and bring the fight to them. That’s what we’re going to have to do to win,” Beech said.

Kickoff is currently scheduled for 7 p.m. Thursday evening. The game has been rescheduled due to Hurricane Delta. 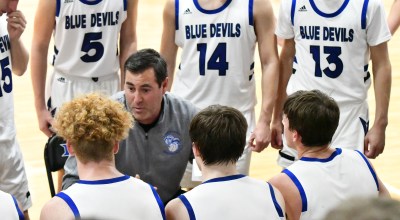 Poplarville cross country ready for first meet of the…