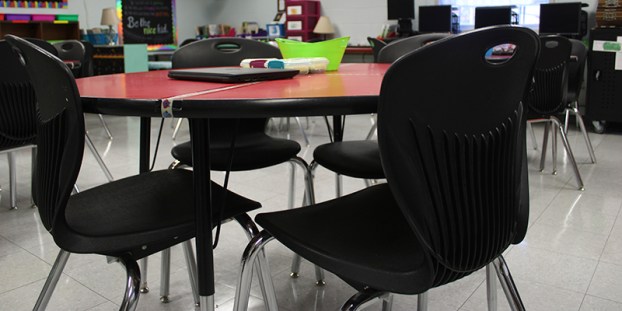 Practices like good hand hygiene and wearing face masks have become a normal part of life in classrooms across the county. Two COVID-19 outbreaks have occurred in schools in the county since the start of the semester. File photo by Cathy Cook.

An outbreak means that at least three positive cases have occurred in one classroom or group, like a sports team, within a two week period, said Director of Nursing for the Picayune School District Lynde Luckie.

Luckie said that based on the contact tracing the district conducts and the classroom seating chart, it does not seem like the students who tested positive in the class spread COVID-19 to each other, but it is hard to know for sure because the district does not necessarily know what students do outside of school.

The high school had six new COVID-19 positive students for the week of Sept. 28 to Oct. 2 and no new positive cases in staff members. Since the start of the semester, 18 students and one to five staff or teachers have tested positive.

“We’re still doing really, really well. I know that there’s a lot of talk and a lot of rumors and a lot of speculation but we’re doing well,” she said.

The only other campus in the district with new COVID-19 positive students or staff was Nicholson Early Head Start where one to five students tested positive. Case numbers between one to five are suppressed by the Mississippi State Department of Health to protect personal identity.

None of the 18 other schools throughout the county that report to the Mississippi State Department of Health had new COVID-19 positive students or staff the week of Sept. 26 to Oct. 2. There were still students and staff members quarantining at schools in the county without new positive tests.

Frustrations were high over a drainage project on Martin Luther King Jr. Drive at the Poplarville Board of Aldermen meeting... read more