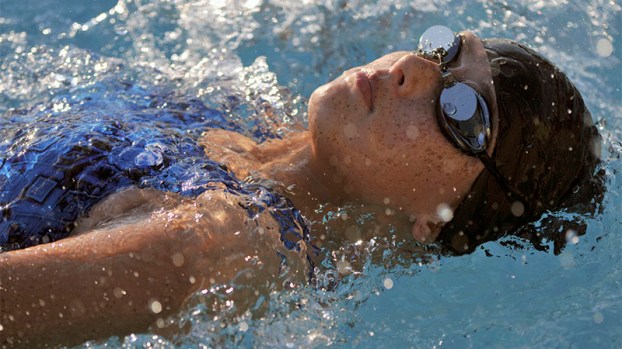 Headed To State: Autumn Craft is one of PRC's swimmers that will be competing with other teammates at the state meet in Tupelo on Friday. File photo by Jonathan Mitchell.

The Picayune Maroon Tide and Pearl River Central Blue Devils swim teams competed in the South State meet Oct. 17 with the athletes fighting for a spot at state.

The Maroon Tide took nine athletes to the south state meet and eight of them performed well enough to move on.

“(Luckie) was one of ones that made south state by 5 seconds with her time, then she swam this weekend and cut 10 seconds off her time for the 200IM. That gave her the chance to go (to state),” Rutherford said.

The team will only have a couple of days to practice before leaving for Tupelo on Thursday, and competing in the final meet of the season Friday.

Rutherford said the condensed timeline means her practices this week will focus on three key components of competitive swim starts, turns and finishes.

With athletes having to fight through the nerves that come with competing on such a big stage, focusing on basics and nailing them will help keep the swimmer on task during a race.

The team hasn’t been able to compete as often as it would during a normal year because of a shortened season and cancellations, so racing in a big natatorium last week will be beneficial moving into the state meet.

“The biggest thing is we haven’t gotten to race because we’ve had four swim meets and only one of those was big. We’ve been swimming in our pool, but that’s not the same and being able to race helps so much,” Rutherford said.

PRC is going to be taking 15 athletes to the state meet after showing out at the south state competition last weekend.

Head Coach Blake Rutherford wasn’t able to attend the meet because of the birth of his child, so Assistant Coach Beverley Griffing took the reigns and led the Blue Devils. “This is closer to 15 years she’s been a part of this program and culture. Just pennies in the piggy bank, that in itself kids respect her for. She bleeds blue and white. She’s walked the walk, been in big meet situations and had to do it by herself for a couple years. (Taking over for south state) was kind of like starting back where she left off,” Blake Rutherford said.

The plan for the Blue Devils is to slowly decrease the length of practices while maintaining the same intensity, which will allow the athletes to have more time for recovery as they prepare for state.

“We’re really focusing on racing. What’s going to get us to the wall faster. A lot of starts, turns and finishes and a lot of mind games. This week just comes down to the little things,” Blake Rutherford said. Competing in a state meet comes with expectations and pressure, two things that can throw athletes off their game. However, the Blue Devils have several swimmers who have been in this situation before, and will be ready when the timer starts. “Even though we’re a young team, we’ve been in big meets before so I’m not too worried about how they’ll respond,” Blake Rutherford said. Both teams will use Thursday as a travel day before competing on Friday, Oct. 23 at the Tupelo Aquatic Center.