Work to widen Highway 11 to switch sides in November 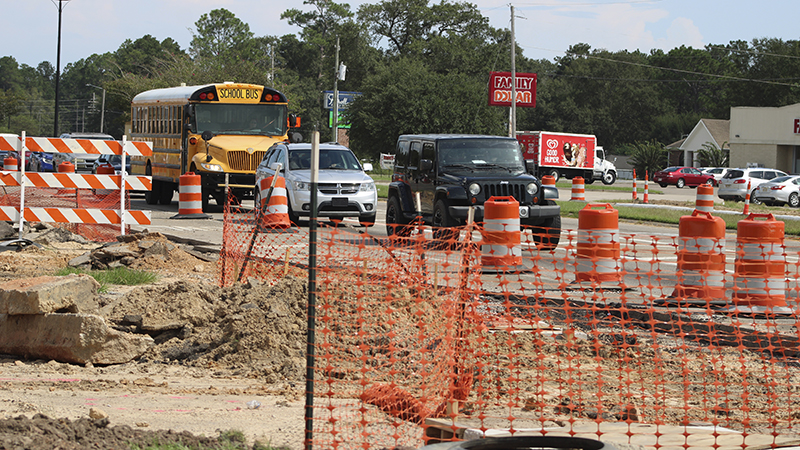 Barriere Construction has a $14.4 million contract to expand Highway 11 to four lanes from Cayten Street to Lakeshore Drive, according to previous coverage. Mississippi Department of Transportation engineer Dexter Childs said asphalt work is scheduled for the end of September or the beginning of October, dependent on good weather. When work on the east side of the Highway is complete, the traffic will be shifted so work can begin on the west side of the road. That shift is planned for November.

Childs said that base work has started between Highway 43 North and Highland Community Hospital. Some streetlights have also been erected along the east side of Highway 11 between Cayten Street and Highway 43.

Work on sidewalks and driveways has continued up to the intersection of Highway 11 and Highway 43. One more concrete pour is needed before the sidewalks are complete on that side of the highway.

Widening the street to four lanes is expected to take two to three years to complete. In a best case scenario, the project would be complete by the end of 2021, said Childs.

A second phase of the overall project is planned, which would include replacing the bridge over the East Hobbolochitto Creek. That work would be under a separate contract, according to previous coverage.