Shelter fundraiser to be virtual 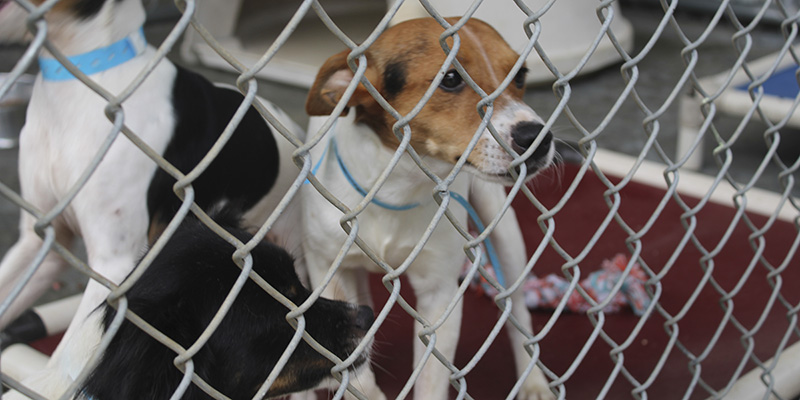 One of the dogs from a recent animal seizure is excited to see staff at the Pearl River County SPCA. The SPCA will hold a virtual fundraiser Tuesday to support its general operating costs. File photo by Cathy Cook | Picayune Item

Rotanda will be interviewing two shelter staff members about the dogs and cats currently living at the shelter. The interview will be live streamed on the Pearl River County SPCA Facebook page from 5 p.m. to 9 p.m., and viewers can also donate to the shelter through its Facebook page.

The animal shelter recently received over 50 dogs from an animal seizure, creating a situation where the facility has been a little overloaded, said spokesperson Maria Diamond. Funds raised will go to the shelter’s general operations costs.

“We’ve had so many medical expenses with so many animals that come in hurt and sick that we try to save,” said Diamond.

Rotanda began raising funds for animal shelters after his dog and best friend Jordan passed away in 2018. Rotanda adopted Jordan from an animal shelter.

The animal shelter’s lobby door is still locked, but anyone who visits the shelter during normal business hours can call the phone number on the door to be let in. Face masks are required inside the shelter.