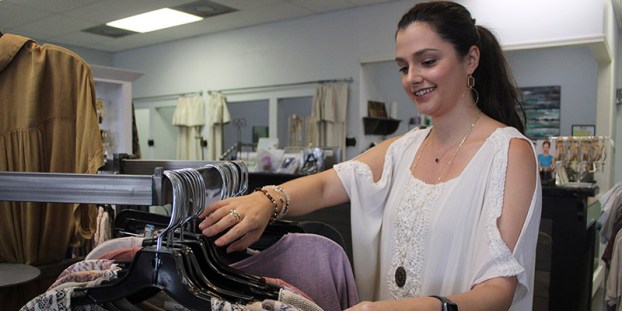 business is booming: Store manager Jordan Hebert adjusts displays at Fly Boutique Tuesday afternoon. Sales for the store have increased as the store transitions from summer to fall clothing. Sales tax collections for Picayune and Poplarville were higher in July than in the previous year. Cathy Cook | Picayune Item

Sales tax in the midst of a pandemic continues to increase

Both Picayune and Poplarville continue to see strong sales tax revenue from sales during the pandemic.

Across the state, cities received $40 million in sales tax diversions in September for July’s sales, an increase from the same month of the previous year.

From July 1 to the present, cities across the state have received $81.8 million in sales tax diversions. At the same point in 2019, cities had received approximately $75 million.

The state of Mississippi’s fiscal year runs from July 1 through June 30, whereas municipalities begin their fiscal year in October.

More than a month into the start of the current school year, children are still benefitting from the summer feeding... read more