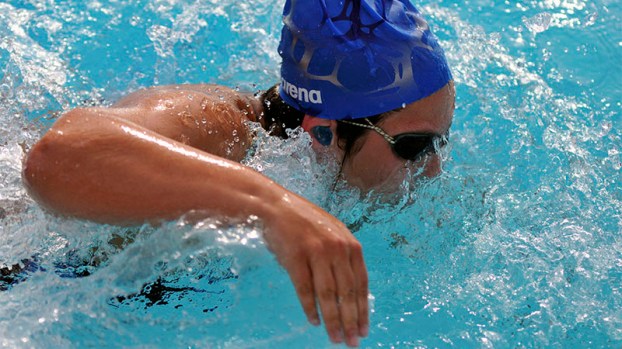 PRC swimming overcomes nerves in first meet of the season

The Pearl River Central swim team had its first meet of the year last Thursday and the athletes fought through some first meet jitters to earn south state times.

Head Coach Blake Rutherford said his team’s relative inexperience, along with the long break in competitive swimming because of COVID-19, meant there was some trepidation heading into the meet.

“We had some key swimmers we lost that we needed to replace this year, and we had a late start with our first meet getting cancelled. I really didn’t know what to expect, but the younger kids stepped up and the veterans took on some leadership roles,” Rutherford said.

PRC won the team score in both the girls and boys categories.

The PRC girls finished with 79 points, Picayune with 62 points and Hancock with 19 points.

The PRC boys finished with 103 points, Hancock with 39 points and Picayune with 15 points.

The next meet for PRC will be in Biloxi on Sept. 26 and the team will have a meet each week following the competition in Biloxi leading up to the South State and State Championship meets.

That means practices will become more intense and the competition level will increase as the athletes work to better their times.

Practices up to this point in the year have focused mainly on conditioning and technique, but Rutherford said that’ll change as the season progresses.

His team has the requisite talent and toughness to perform well, but there are specific details the athletes need to iron out if they want to be the best in the state.

“We have the grit and drive to out touch somebody (at the wall), but we’re not doing the little things right. The theme of this season before we ever hit the water was that we were going to focus on getting off the block and (perfect) every single turn. If we can be better than our opponents in those two things it will be beneficial,” Rutherford said.