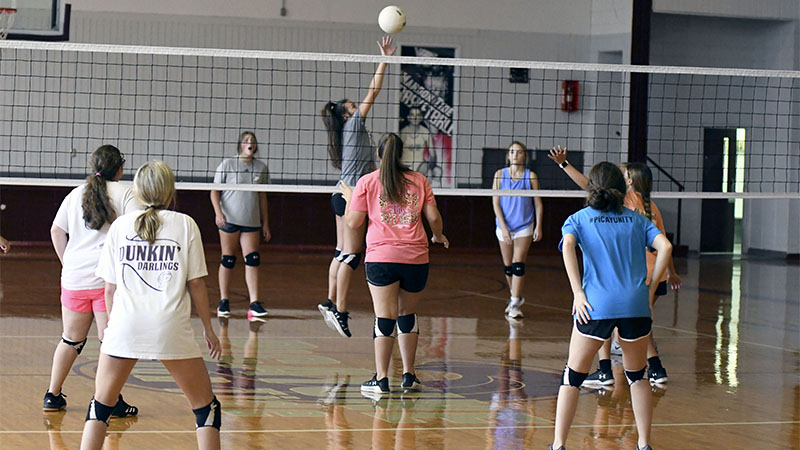 More Time On The Court: Because the Lady Maroon Tide's volleyball game Tuesday night was postponed the team now has extra practice time to prepare for their game against Long Beach on Sept. 21. Photo by Jonathan Mitchell.

The Picayune Lady Maroon Tide volleyball team was supposed to have its first district game of the season Tuesday evening against Hattiesburg, but because of Hurricane Sally the game had to be rescheduled.

Schools were shut down Tuesday so the Lady Maroon Tide couldn’t practice either, and will now have to wait until a Sept. 21 matchup against Long Beach to play again.

While Head Coach Courtney Dickens isn’t happy to have Tuesday’s game postponed, there are some benefits that come with having extra practice time.

Dickens said Makenna Williams, a veteran player from last year, was set to return to the line up Tuesday after having missed the beginning of the season due to injury.
However, Williams was only going to have two practices to get back into the rhythm of things before the matchup against Long Beach.

Now that the Lady Maroon Tide has an extra week to prepare before a game Dickens said the players will go back to basics.

The summer was spent harping on fundamentals, but once the season began practices became more focused on fixing the previous day’s problems, not spending time on the basics of the game.

Practice sessions leading up to the Long Beach game will look more like the summer workouts the players had before school began.

Players will have time to do individual position work while also working on conditioning.

Dickens said the long break between games may be a boon for her players and a source of inspiration when they step on the court next Monday.

“They like playing more than they like practicing. I feel like going so long without playing is going to motivate them and they’ll be more excited,” Dickens said.

Last year both matches between Long Beach and Picayune went to five sets as the teams were evenly match and the expectations are the same for this year’s games.

It’ll be the team’s first district game of the season, which Dickens thinks may motivate the players even more to play to the best of their abilities Monday night.

“They take the top two out of the district so it gives them something to look forward to. It gives them a goal,” Dickens said.

The match against Long Beach will start at 6 p.m. 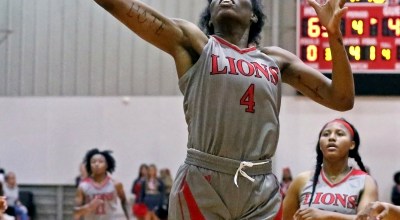 Poplarville working to get first win of the season…