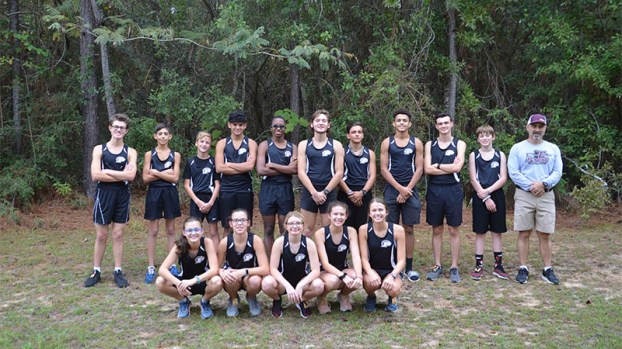 The Picayune Maroon Tide cross country team had been training all summer through the beginning of the school year in preparation for the start of competition and finally on Sept. 3 the program was able to take part in the 5K George County Trail Run.

Head Coach Chris Wise said even though it was the team’s first meet, and for some athletes was the first time ever racing competitively, the times and team scores were positive.

“I was pleased where we’re at, at this point. It was a tough course, and it was hot, but we’re going to get better it’s just the first race,” Wise said.

The team’s overall inexperience may have affected the runners to begin with, but the final results showed that if there were any nerves they didn’t negatively influence the athletes’ performance.

Wise said there’s still some catching up to do for the younger runners, but overall the race served as a strong start to the season.

“The nervousness goes away after the first mile, and may enhance a performance because it’s good to have some nerves. (However), there is a learning curve because running is not the same as racing, and that’s part of the reason we race as often as we can,” Wise said.

Wise said there were a number of COVID-19 guidelines to try and keep the athletes safe while they were competing.

Teams were only allowed to bring 10 runners from each side of the program, parents were restricted to a certain number of areas and masks were to be worn at all times when not competing.

Even with the protocols in place the environment seemed to be relatively similar to races in the past.

“I did see the numbers were a little less than the same race last year, but I didn’t feel like it restricted the enthusiasm much. It was like normal for the most part other than wearing a mask around in the heat,” Wise said.

The first meet was a step in the right direction and the future is looking bright for the Maroon Tide as they continue their season.

“Some of the kids come in real strong and don’t hold it together, but these kids have a lot of good things to come yet. I’m very pleased with the effort and attitude,” Wise said.

The Picayune Maroon Tide swimming program had its first meet of the season last Thursday after the originally scheduled first... read more