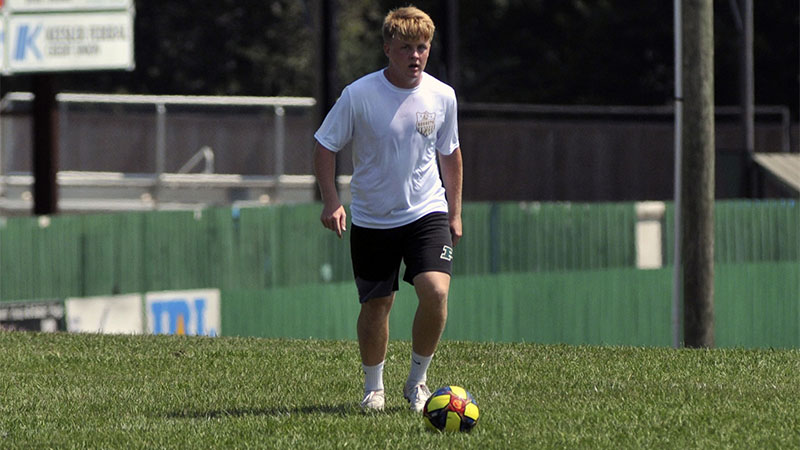 Staying Active: With the PRSC going forward with its fall season athletes will continue to work on their game and fall in love with soccer before possibly joining middle school and high school teams. File photo by Jonathan Mitchell.

The Pearl River Soccer Club had meetings Aug. 29 and Sept. 2 to determine if a fall season would be possible, and after deliberation the league is moving forward with its plan to have competition these next couple of months.

The teams range in age from 5-year-olds to 15-year olds, with all U12 and up teams taking part in the Northshore League that includes opponents from Louisiana.

It wasn’t certain the PRSC teams would be part of the league due to travel restrictions implemented by Louisiana.

However, it’s now become clear that the Mississippi teams will be able to cross state lines, but the games will have a new format.

Instead of playing 11 versus 11 soccer, which is the norm at older ages, all games in Louisiana will be 7 versus 7.

This will limit the number of players on the field, and is a rule in place within Louisiana to try and limit the spread of COVID-19.

When games are played in Mississippi they will be the normal 11 versus 11 format for the appropriate teams.

PRSC President Dave Ortmann said practices would start next week in order to give teams time to form up and have a practice or two before the action begins.

U6 and U7 teams will start competition Sept. 17, with the rest of the teams beginning play Sept. 19.

Approximately 130 to 140 athletes signed up this year, which is down from last year’s total of 190.

Ortmann said COVID is likely the main factor in the drop of player sign ups, with some people having financial struggles or not wanting to risk exposure by taking part in the season.

The situation is fluid so if cases were to spike in either state the plans could be jeopardized.

Right now the PRSC is trying to take every precaution possible while steadily moving forward with its fall season.

It’s been a trying process, but Ortmann said the empathy from parents and athletes has helped the organization deal with this unusual situation.

“By now the parents understand that the times are crazy,” Ortmann said.

All home games and practices for PRSC teams will take place at Friendship Park in Picayune.