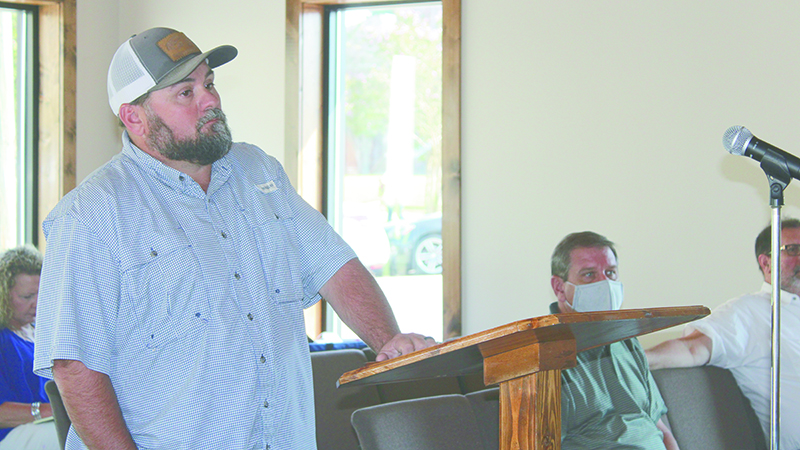 The first online tax sale for the county brought in slightly more than the average from previous years, County Tax Assessor Gary Beech told the Pearl River County Board of Supervisors during a regular meeting held Tuesday.

This was the first year the county tax sale was held online instead of in person, and Beech said the online sale brought in slightly more in excess bids than the average amount for the past three years. He said in light of the pandemic, he thinks the response would have been much lower than normal if the sale had been held in the courtroom as in previous years.

Three or four people used terminals that the county made available for the public to use for bidding, said Beech.

In a separate matter, the Board approved initiating four projects for the state aid program for 2020 through 2023. The projects would obligate about 75 percent of state aid funds available to the county for the term, said Les Dungan with Dungan Engineering. The rest of the money would be available in case of an emergency.

The first project would put liquid asphalt down on sites in need of resurfacing: the bridge at the north end of John Amacker Road, the entire length of Progress Silverrun Road, the north end of Springhill Road, and Gumpond Beall Road from Lamar County to Highway 26. The project will require $1.6 million of state aid funds.

The second project requests $968,760 in state aid funds and would put an ultra thin overlay on the south side of Springhill Road and on the bridge on Oakhill Forest Creek Road.

The third project would be spot repairs, including patching and leveling, repairing base failures and repairing potholes on Cesar Road, West Union Road, Rock Ranch Road and Henleyfield McNeill Road. The project would require $421,200 in state aid funds.

The fourth project would be replacing a bridge on the north end of Pine Grove Road. Due to the state bridge crisis, the county is required to have plans to take care of posted bridges on state aid roads. The bridge was built in the 30s and is 16 feet wide, said Dungan. The project proposed replacing it with a double cell box culvert. The state aid fund request for that project is $585,000.

—Approved accepting bids for the replacement of the bridge at Walkiah Bluff.

—Approved getting the old tax assessor office building on Poplarville’s Main Street assessed, to determine if the county should consider leasing or selling the building.