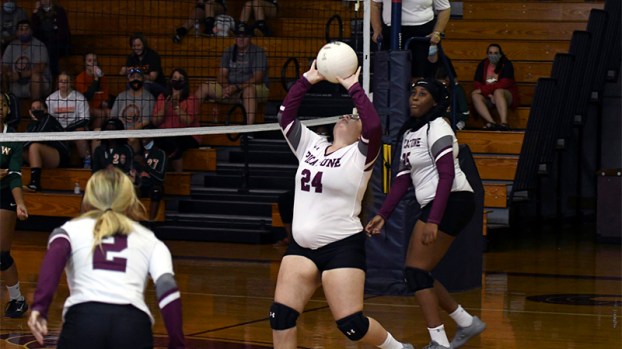 For the month of August the number of attendees at high school sporting events was limited to just two fans per participant, but those limits changed Monday when Gov. Tate Reeves issued a modified version of that executive order.

The Poplarville Lady Hornets volleyball season started the next day and all of the games played by both teams in August saw reduced crowds because of the two spectators per participant limit. Those attendance limits were set to expire Monday morning, so it was up to Reeves to either extend the current limits, or change them.

With high school football set to start Sept. 4 in earnest for the Mississippi High School Activities Association’s member programs, Reeves announced Monday that stadiums would be allowed to accommodate spectators at 25 percent capacity.

The limit does not extend to media, directors, coaches, teachers, medical personnel, officials and staff/workers. The new attendance limits only extend for the first two weeks of the MHSAA’s football season, at which point depending on how COVID-19 is spreading, the attendance limits may be changed or extended.