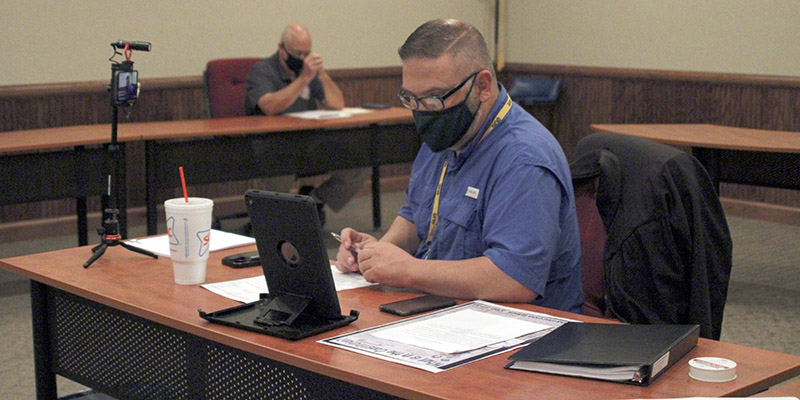 The city of Poplarville collected approximately $11,000 more than the city budgeted in sales taxes received from the state this month.

City Clerk Jane O’Neal updated the Board on the sales tax figures at a Board meeting Monday.

In a separate matter, the Board approved a payment to Warren & Warren Asphalt Paving LLC for $163,529 for surface maintenance work that was part of the 2019 Road and Bridge Bond Program. The contractor was able to conduct repairs on Todd Street that should prepare the street for more extensive repair in the future, said Jason Lamb with The Walker Associates. The city is still holding a 2 percent retainage from the contractor, pending a few documents that need to be received.

The 2019 Road and Bridge Bond Project, which used bond money to perform street overlays and repair drainage issues throughout the city, came in under budget. This means approximately $10,000 in bond funds remain.

The Board plans to allow the money to stay in the bond fund until next year when money from the Internet sales tax may be able to be used to complete additional paving projects.

In a separate matter, the city is still waiting on concrete work to be completed at three locations, said Lamb. For projects under $50,000, like the concrete work, the city normally does not have a contract agreement that sets a contract period, which makes it hard to push the contractor to complete the outstanding work in a timely manner.

—Passed a proclamation in recognition of Constitution Week.

—Approved changing the date to advertise and accept bids for the construction of a pavilion in City Square Park. The city has been awarded a $150,000 grant to build the pavilion. Bids will be publicly opened and read aloud after the deadline at 2 p.m. on Oct. 20.

The next Board meeting will be Sept. 30 at 5 p.m. to approve year end changes to the budget before the new fiscal year begins on Oct. 1.