50 dogs from animal hoarding now being held at PRC SPCA 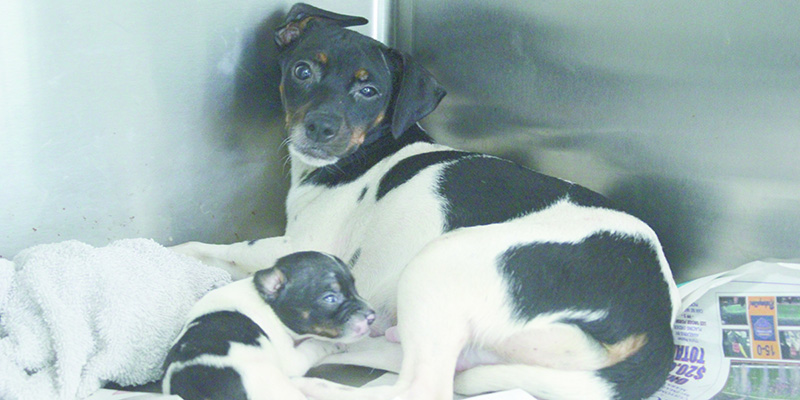 not yet for adoption: About 50 dogs are being held at the PRC SPCA after a community member reported that they were being kept in a mobile home near Poplarville. Since the dogs have not legally been seized at this time, they are not up for adoption, however the shelter still needs help caring for the additional animals. Cathy Cook | Picayune Item

The Pearl River County SPCA took in 50 rat terrier mix dogs Wednesday due to an animal-hoarding situation in Poplarville.

Several days ago, a concerned citizen called the shelter to notify staff that a trailer in Poplarville was overrun with dogs, said Shelter Manager Elizabeth Treadaway.

The shelter instructed the caller to contact animal control, which they did. The county animal control officer checked on the property and confirmed that 50 dogs were being kept inside.

He got a court order and seized the dogs. Around 3:30 p.m. Wednesday, he notified the shelter that it would receive a large number of dogs.

County and Picayune Police Department animal control officers worked together with shelter volunteers to load the dogs into a van full of crates. It took them between two and three hours to load the van. Then the animals were unloaded at the shelter and vaccinated. Volunteers were at the shelter until 8:30 p.m. getting the dogs settled in, said Treadaway.

While the dogs are currently in the shelter’s care, the shelter does not own the dogs, so cannot adopt them out currently. Court proceedings will determine ownership of the animals.

“We have a limited number of kennels. Our usual capacity is around 80-90 dogs, so 50 with about two hours notice was a huge strain,” said Treadaway.

Typically the shelter houses two dogs in a kennel together to give each dog a playmate and plenty of space. The newly taken in dogs are being housed five to a kennel, due to limited space.

Taking in so many dogs at once has placed a significant strain on shelter resources, said Treadaway. All dogs that come into the shelter receive vaccines, flea medicine and de-worming medicine, and of course are also given food and water.

Anyone interested in supporting the shelter can do so through financial donations, or donations of everyday shelter supplies like blankets, laundry detergent, bowls or treats.

“A lot of these dogs are really fearful. They’re really scared to be here, so we’re trying to give lots of treats so they understand human contact is a good thing,” said Treadaway.

The shelter is also looking for anyone interested in and capable of fostering other large shelter dogs, so there is more space to take in strays that are normally brought in. As always, people surrendering pets are encouraged to call and schedule an appointment to ensure there is space to house the animal when it comes in.

Spaying and neutering pets is one way to make sure that a family does not become overwhelmed with animals, said Treadaway.