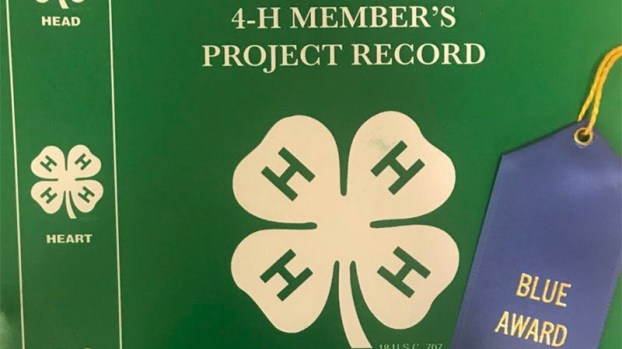 Never Forget: 4Hers can use the record books to store memories, keep track of any awards they’ve won and document community service.

Every year members of the Pearl River County 4H Club make a record book to document the year’s events. This year several members found themselves earning top spots in the record book competition after results were announced Monday.

Pearl River County Extension Agent Alex Shook said the books are important because they give 4Hers the opportunity to keep track of everything that’s happened in their 4H career, which means members can reminisce on past events that may not have happened this year because of COVID-19.

Placing well in the record book competition has some benefits. “Those record books put them in consideration for scholarships from the state 4H organization, and also in typical years winning the record book category would make you eligible for a trip to the National 4H Congress in Atlanta,” Shook said.

Members shipped off their record books in July and had to wait and see where they’d place. While the national congress this year is virtual due to the ongoing pandemic, Shook said the other opportunities associated with doing well in the record book category aren’t to be underestimated.

“It’s a multifaceted program where they get to compete and use things they’re learning in several different avenues. It’s not just kids going to the range and shooting at a target,” Shook said. Keeping a record book isn’t mandatory, but Shook said a lot of time and effort goes into making a record book.

However, that doesn’t stop 4H from encouraging its members to create those pieces as a way to not only track progress, but to also hold on to important memories.

“We encourage our kids to compete. The ones that placed first in the senior category, they typically won’t do a record book again because once you’ve won on that level there’s nothing else to win, but the kids that placed second or were in the junior level will continue to compete for that trip (to congress) and honor,” Shook said.