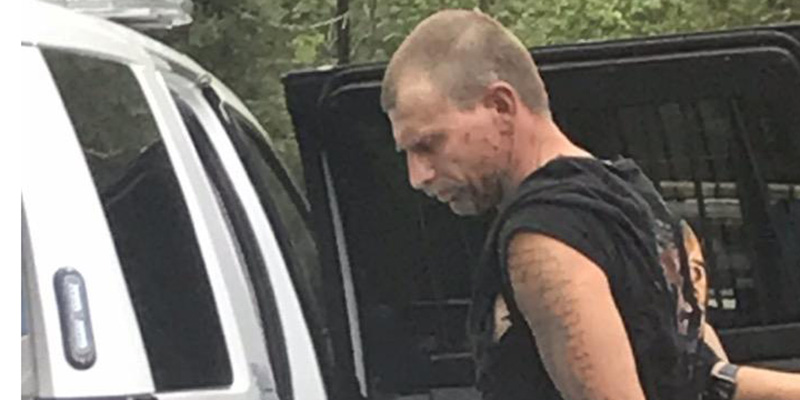 The Pearl River County Sheriff’s Office and the St. Tammany Parish Sheriff’s Department worked together to arrest a Poplarville man for drug charges and fleeing.

On Thursday, Aug. 20 narcotics investigators with the Pearl River County Sheriff’s Department were trying to locate Rodney “Hotrod” Smith, 43, of 1374 Amacker Rd., Poplarville, for outstanding warrants for felony fleeing and for warrants with the Mississippi Department of Corrections, said Sheriff David Allison.

On July 31, investigators with the sheriff’s department stopped a vehicle Smith was driving for reckless driving, but Smith fled, leading investigators on a pursuit through the Ceasar community, according to previous coverage. The vehicle wrecked in a wooded area on Mount Carmel Road, and both Smith and his passenger fled on foot. While the passenger was arrested for felony fleeing, Smith escaped, according to previous coverage.

Investigators received intelligence that Smith was residing in Slidell, La. in an attempt to avoid the outstanding arrest warrants with the Pearl River County Sheriff’s department for felony fleeing, said Allison.

Officers from both departments traveled to the area where Smith was supposed to be residing.

A St. Tammany Parish narcotics investigator observed Smith driving a vehicle in the neighborhood and attempted to conduct a traffic stop, said Allison. Smith fled in his vehicle, eventually driving into a wooded lot on Salmen Avenue near Slidell Avenue. He exited the vehicle and fled on foot, said Allison.

Investigators were able to apprehend Smith and take him into custody. His girlfriend, Heather Marie Jones, 35, of 825 Avenue B, Bogalusa, La., was also in the vehicle during the pursuit. She was taken into custody and found to have two outstanding felony arrest warrants from St. Tammany Parish Sheriff’s Department.

During a vehicle search, methamphetamine and prescription medication were located, said Allison.

Smith and Jones were transported to the St. Tammany Parish Jail, where Smith was charged with the traffic violations that occurred in St. Tammany Parish, possession of methamphetamine, possession of pharmaceuticals, the outstanding warrant for felony fleeing and eluding law enforcement in Pearl River County and a warrant for probation violation from the Mississippi Department of Corrections.

Jones was arrested for possession of methamphetamine, possession of pharmaceuticals, the two outstanding drug warrants for St. Tammany Parish. A probation violation hold is also expected to be placed on Jones from the Mississippi Department of Corrections, said Allison.

Allison said he wanted to thank the St. Tammany Parish Sheriff’s Department narcotics division and Sheriff Randy Smith for their assistance in the investigation and working jointly to get Smith and Jones into custody.