PRC football puts on the pads to prepare for jamboree 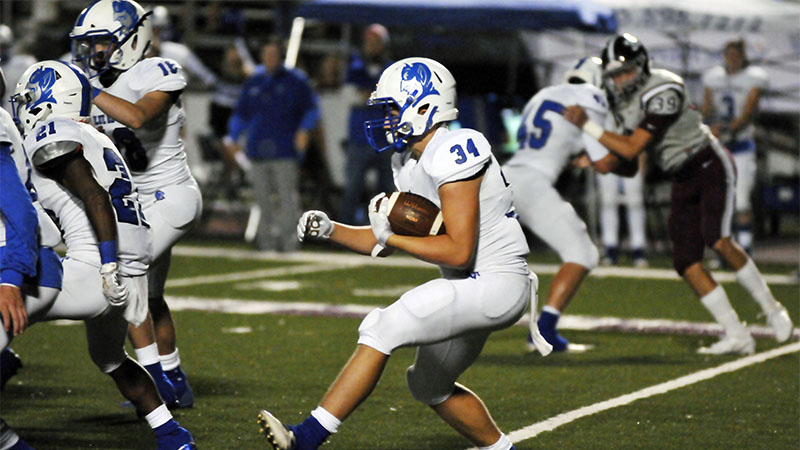 Competitive Edge: The Blue Devils are hoping the intense nature of their practices pays off with a good performance at the jamboree game against Bay High. File photo by Jonathan Mitchell.

Padded practices have finally begun for the Pearl River Central football team after having several weeks to acclimate and condition the players. The Mississippi High School Athletic Association released a series of practice guidelines football programs in the state have to follow, which included limits on contact early on.

The Blue Devils took full advantage of the full pad practices by having a scrimmage last Saturday.

Head Coach Jacob Owen said finally getting into contact practices allows him and his staff to evaluate which players are willing to challenge themselves for the betterment of the team. “It’s really easy to be a good football player in shorts and helmets, but when you get out there firing around with people hitting you and you hitting them, that separates the contenders from the pretenders. We wanted to see who would get physical and play hard,” Owen said.

Owen said nearly 80 players showed up for the weekend scrimmage and every single one got competitive reps.

Starters may have gotten more play time by the end of the scrimmage, but each athlete got valuable time on the field to help continue the development of the younger players.

“It’s something our kids haven’t done since last November. They were extremely excited to get the pads on, get physical and start hitting each other,” Owen said.

The scrimmage and subsequent padded practices are all in preparation for the Blue Devils’ jamboree game tonight at Bay High.

The jamboree match up will essentially serve as a preseason game for the Blue Devils with competitive play starting Sept. 4 at Sumrall.

While the match up with Bay High won’t show up on PRC’s record, that doesn’t mean the Blue Devils aren’t going into it wanting to win.

It’ll be the players’ first chance to play with one another in a competitive environment against another team this year and Owen wants to see his program come out on top.