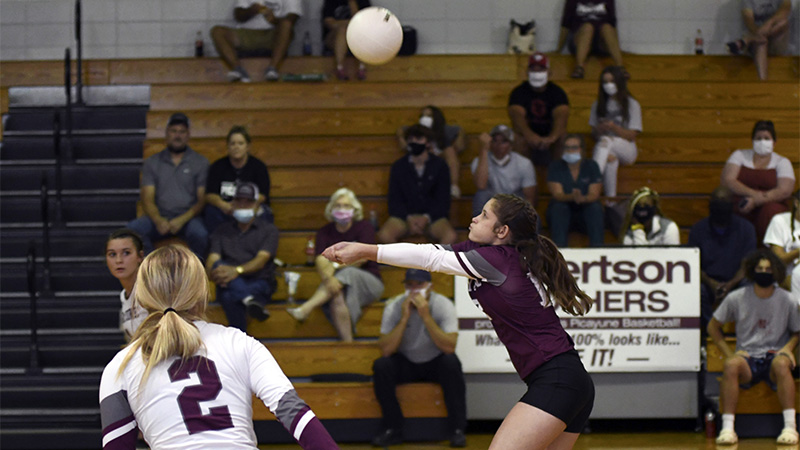 The Picayune Lady Maroon Tide volleyball team had its first home game of the season Thursday night and lost in a nail biter of a game that ended with the West Harrison Lady Hurricanes winning in five sets.

Picayune jumped out to a two set lead after winning the first and second sets 25-16 and 25-17 respectively.

The Lady Maroon Tide only needed one more set to secure the victory, but West Harrison started its comeback by winning the third set and fourth sets.

It would come down to the fifth and final set to determine the winner, and West Harrison ended up coming out on top winning by the slim margin of 15-7 to give the Lady Hurricanes the victory.

The loss dropped Picayune to 0-2 this season as the Lady Maroon Tide look to get into a rhythm.

Head Coach Courtney Dickens said the hot start by her team may have led to the players putting extra pressure on themselves, which hindered their performance in the later sets.

However, it wasn’t all negative for the Lady Maroon Tide. Dickens said the team did a better job serving, passing and staying in the correct position defensively.

The improvements helped lead to the two set advantage against West Harrison, now it’s just a matter of the team maintaining that level of performance throughout an entire game.

In order to replicate that high pressure environment Dickens said she’s going to up the ante during the next couple of practices.

Picayune will only have a couple of days to prepare before having another home game against the Stone County Lady Tomcats Sept. 1 at 6:30 p.m.