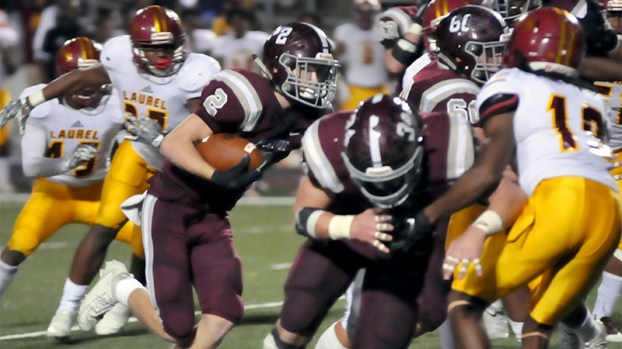 Watch From Home: This upcoming season fans will be able to watch Maroon Tide athletics from the safety and comfort of their home thanks to a streaming service the Picayune School District is putting in place. File photo by Jonathan Mitchell.

The Picayune School District will be offering a livestream service for fans who want to watch the district’s teams compete without physically attending a game this fall.

Schools are still waiting on an official statement from Gov. Tate Reeves, but it’s expected that there will be capacity restrictions for fall sports.

This means not all fans will be allowed to attend, or won’t want to attend because of COVID-19 concerns, so the district wanted to provide those fans with a way to still view their favorite high school teams.

The camera systems will cost $2,500 all together, which will come out of the district’s athletic budget.

“When you buy a pass you can only have one viewer per account and there’s also a place there to add donations as far as wanting to give extra back to the school during these trying times,” Feeley said.

A 4K camera will be placed in the high school gymnasium and high school football field, and it’s equipped with technology that analyzes where on the field or in the gym the action is taking place, and then focuses on that spot.

Feeley said there are plans in the works to possibly add the camera systems to the softball and baseball fields as well.

While the service will provide a way for the higher risk population to view the games, it will also allow those who weren’t able to attend games due to capacity limits a chance to still enjoy the competition.

Tickets will be sold at the gates of competitions, but how many tickets will be available and who will get them is still a process the district is trying to nail down.

As time goes on and more direction comes from Reeves, the district will be able to put a plan in place for the even distribution of tickets.

“We’re still trying to fine tune that because we don’t want to leave anybody out. We do have to follow capacity numbers and still try to make it fair for everybody,” Feeley said.

The system will also serve as a way to make up for the lost money from ticket and concession sales the teams would make during a normal season.

Feeley said the money the football program makes is also used to help fund other athletic programs within the district, so it’s important to try and make up for the lost cash in order to continue to support other programs.

“A lot of people pool their budget from the money football brings in throughout the year and right now that’s a big threat for us and for our budget for following years. I’m trying to do everything I can to give more options to the fans and still bring in the same amount of money we brought in in the past,” Feeley said.

It’s crunch time for local volleyball programs as they prepare for their first games of the year, which have been... read more