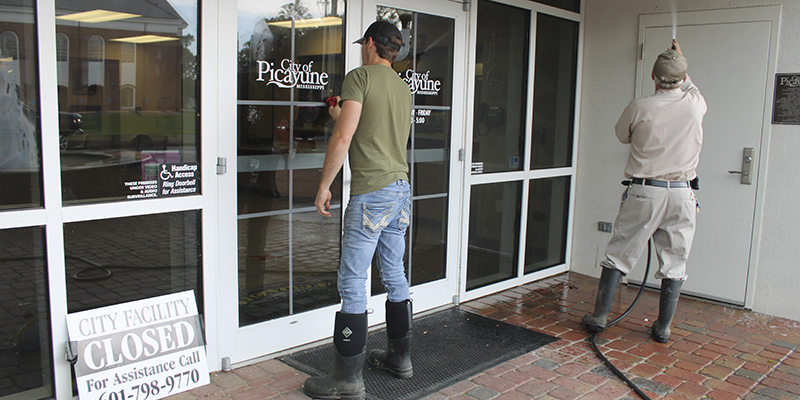 Buildings operated by the City of Picayune will be reopening lobby areas to the public beginning Monday.

Those buildings include the City Hall, the Police Department and the Intermodal Transportation and Tourist Center. Face masks and social distancing will be required in the buildings.

Currently, city services are being provided via telephone and drive-thru, and will still be available in those ways until Aug. 24, said Special Projects Administrator Christy Goss. City Hall has a drive-thru window and a drop box. The lobbies to those city buildings have been closed for several months due to the pandemic.

Goss said services never stopped operating, but city officials feel it is a safe time to open the lobbies.

“We hope that soon, we’ll be back to having in-person City Council meetings, but we’re just waiting on that right now,” she said.

The City of Poplarville’s City Hall lobby is still closed to the public, but residents can do their business via online payments, phone or drive-thru. If anyone has to enter the building, they are allowed inside with a face mask, said City Clerk Jane O’Neal.

“We’ve had no interruption of services whatsoever at City Hall,” she said.