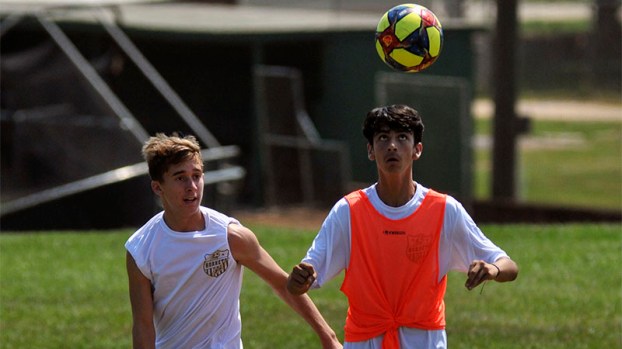 Like many other organizations dealing with the effects of the COVID-19 pandemic, the Pearl River Soccer Club is hoping to still put on a fall season even with the host of obstacles in the way.

President Dave Ortmann said that so far 125 players have registered, a number that wasn’t as high as the organization wanted.

To remedy the low numbers, the PRSC decided to extend registration for a week in an effort to entice more athletes to join a team.

However, it’s still unclear what a season will look like because of the uncertainty regarding travel restrictions between states.

Normally the organization’s teams that are U12 and up would take part in the Northshore League in Louisiana, which would mean traveling to that state for matches.

Executives from the PRSC will meet with the Northshore League on Aug. 29 to determine if a season is possible, and how travel will work.

Ortmann said because of Louisiana’s travel restrictions it may end up that the PRSC teams will get to play all of their games at home.

This will only affect the U12 and older teams, because the younger teams will not participate in the Northshore League.

The plan currently is for practices to start for U6 and U8 teams on Sept. 8 with competitive play starting the third week of September, but as with everything else the situation is fluid and subject to change.

A big reason for the league keeping registration open to get more athletes is that currently there aren’t enough to create enough teams in the younger divisions.

Playing in house against one another isn’t really a possibility because there may be only two teams, three if numbers increase in certain age brackets.

Ortmann said in other, more populated areas the soccer clubs are able to have in-house competition because so many athletes sign up, but the PRSC doesn’t have that luxury.

“If we don’t get any more U6s I don’t know how we’re going to do that. We can’t play each other for eight straight weeks,” Ortmann said.

Health protocols will be in place if any type of season does end up taking place.

Things like spacing out spectators, limiting the sharing of equipment and cutting down on socializing before and after the game are just a few of the guidelines that’ll be in place for PRSC matches.

“There’s a whole guideline (document) from the Mississippi Soccer Association, which is the state association, on how to do that stuff. We’ll do the best we can,” Ortmann said.

High school sports will look a little different this year as Gov. Tate Reeves announced there would be limits on... read more