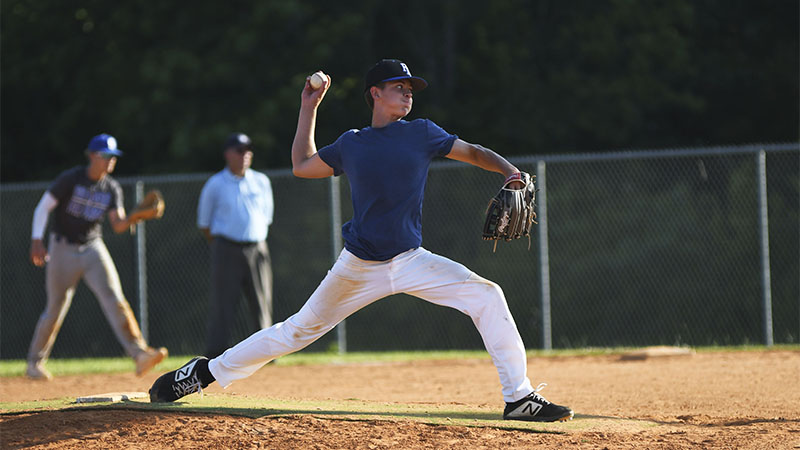 Big Changes: Pitchers will have to adapt their routines following the MHSAA’s new rules considerations for the upcoming season. File photo by Jonathan Mitchell.

The Mississippi High School Athletic Association has released a set of new rules to try and make the game of baseball safer during this COVID-19 pandemic.

The new list says there will have to be hand sanitizer and wipes available at the field, and in each dugout.

Benches and dugouts are to be disinfected prior to any game, and small procedural things will change as well like nobody touching the score sheet except for the scorer themselves.

When it comes to attendance, one of the new considerations listed is the possibility of not allowing fans, or staggering the seating of fans to ensure social distancing.

Either way, anyone who enters the ball field will have to be wearing a mask and have their temperature taken.

The sanitization of the game balls is another important aspect of the new rules considerations from the MHSAA. It’s stated that teams will need to provide their own sanitized balls while on defense, and then a have a bucket for the previously used balls to be sanitized after each game.

The MHSAA says even the bases will need to be sanitized following every game. Social distancing will be recommended at all times for coaches, and there will be no seeds, gum or spitting allowed for coaches or players.

There will also be limits on how much sharing can be done with certain pieces of equipment. The new rules considerations say there shouldn’t be any sharing of water bottles, batting helmets, catcher’s equipment, or even bats, all of which will have to be sanitized after the game has ended.

The document states, “If the pitcher puts his hands to their mouth off the mound and touches the ball, ‘Time’ is called, a new ball is inserted and the pitcher must sanitize their hands before throwing the next pitch.”

Umpires will also have to adapt to the new rules considerations.  They will no longer be able to relay balls to the pitcher after a foul ball and will be expected to wear a mask while behind the plate. All of these new rules are subject to change, and can be found at the MHSAA’s website, misshsaa.com.