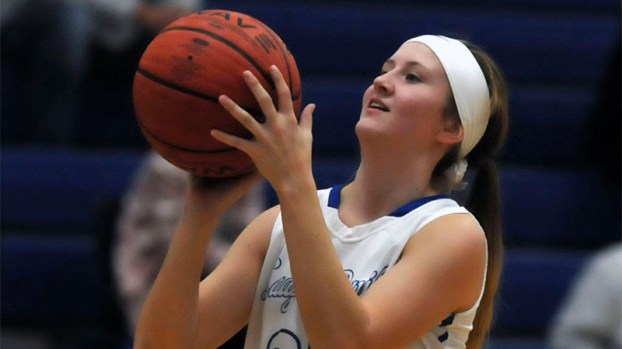 New Normal: The basketball season will have a different feeling this year after the MHSAA published its rules considerations for the upcoming season. File photo by Jonathan Mitchell.

The Mississippi High School Activities Association has released a list of rules considerations regarding the upcoming 2020 basketball season.

The document is subject to change as more information regarding COVID-19 comes out, but the list was released so programs would know what to expect when competition begins this year.

Only the head coach from each team and the officials will take part in any pregame discussions or protocols, while pre and post game handshakes will be suspended.

Social distancing will be a priority, and to do this the MHSAA recommends limiting personnel on the sidelines in order to allow for more space between athletes.

Team benches are also to be placed opposite of spectator seating to reduce interaction between fans and players.

The MHSAA also recommends the game ball be given to officials prior to the start of the match so it can be sanitized and kept away from the balls used for warm ups.

The ball will have to be sanitized during timeouts and between quarters.

There are only a few other considerations in place regarding specific situations that occur in game.

For out of bounds throw ins it’s stated that, “Officials may stand 6 feet or greater away from player making the throw-in and bounce the ball to that player on a front court throw-in.”

Officials will be expected to maintain social distancing whenever possible during the games.

Free throws are another common aspect of the game that will see some changes.

The official will be expected to stand on the end line and toss the ball to the shooter, which will limit any contact that may occur between a referee and player.

The final rule consideration in the document is the elimination of the jump ball to start the match.

Instead of having all of the athletes and one official in a small space fighting for the opening possession, the MHSAA is going to have the visiting team be awarded with the first alternating possession for the throw in.

These changes aren’t set in stone and may be changed prior to the start of basketball competition.

More rules considerations can be found on the MSHAA website misshsaa.com.

Thursday evening was the final chance for athletes to earn a spot on the Pearl River Central cross country roster... read more