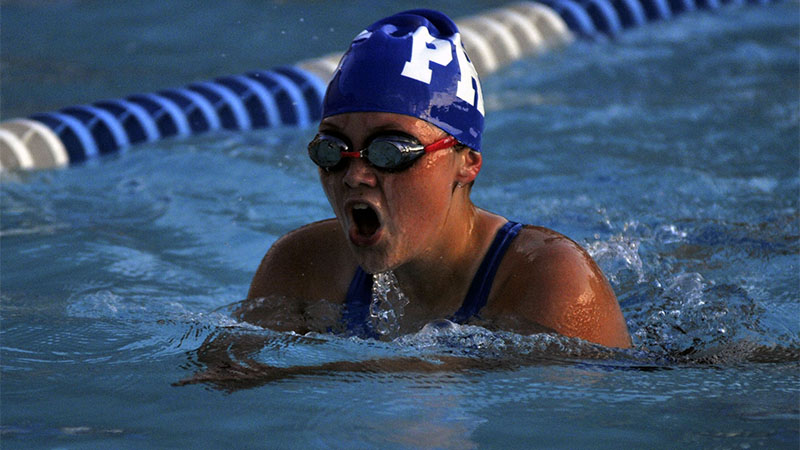 Athletes in the Pearl River Central and Picayune swim programs have started getting their feet wet again as the two teams began hosting tryouts earlier this week.

This season each team’s roster maxes out at 24, and Rutherford said his program is continuing to grow with more and more younger swimmers looking to join the team.

“The bulk of the team is underclassmen and out of the seven brand new people I would say five of them are in junior high. That gives me the chance to work with them in years to come if they choose to come back,” Rutherford said.

New swimmers are showing up to tryouts 30 minutes before the returning athletes so that Rutherford can have more one on one time with the inexperienced athletes.

The first portion of the week has focused on technique and learning specific strokes, but the intensity will ramp up as the week comes to an end.

“By Friday, if the same people keep coming, they’ll be swimming the same drills the older kids are swimming to give them a progressive overload of what we do to race fast,” Rutherford said.

The final roster will be posted next Monday, which will be the first day of in-person instruction for students in the Pearl River Central School District.

Considering the number of athletes, there will be some who don’t make the team, which is why Rutherford is looking for the swimmers who stand out.

Rutherford said those who are invested in the sport will rise above the rest and be able to earn a spot on the team.

The Maroon Tide program has focused on getting the new athletes used to the intensity and focus required to excel in swimming.

Head Coach Rachael Rutherford had her returning swimmers come to practice a week before the tryouts, so that when the new group showed up they’d be able to help the first time swimmers learn the ins and outs of the team’s drills.

Nineteen athletes have attended the tryouts with nine of those being brand new to the program, which has led to Rachael Rutherford starting with the basics.

“The first two days were more technique based, getting them into drills and have them understand the posture of swimming,” Rachael Rutherford said.

The athletes can’t be pushed too hard because some of the swimmers may not have seen a pool since the end of last season.

Because of this, conditioning and increasing endurance have been focal points of the tryouts. Rachael Rutherford wants her swimmers to be ready to go when full-scale practices begin next week.

This will only be the second year Rachael Rutherford will be in charge of the program and she’s still looking to build her team into the powerhouse she envisions.

A process like that takes time, so this year will serve as a building block for future teams.

“I’m looking at this year as training and technique year. I’m really trying to let whoever is interested come in, learn the different strokes and build for next year,” Rutherford said.