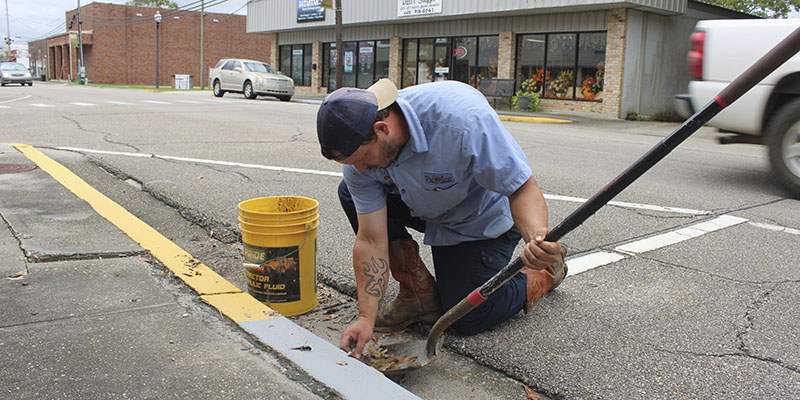 The Poplarville Alderman-at-Large election will still be held as scheduled on Tuesday, Aug. 25.

The Poplarville Board of Aldermen held an emergency meeting Sunday afternoon to declare the existence of a local emergency and to discuss postponing Tuesday’s election due to the approaching tropical storms.

Fire Chief Jason Bannister informed them that he expects Tuesday’s election to not be affected due to the two systems of severe weather expected to make landfall on the Gulf Coast respectively on Monday and Wednesday, so the Board opted to hold the election as scheduled.

Bannister said that no schools in the county were cancelled as of the 3 p.m. meeting Sunday. However, by 5 p.m. all three school districts in Pearl River County announced their schools would be closed on Monday, Aug. 24.

All three school districts in the county planned to hold school on Tuesday. Decisions about the rest of the week would depend on further weather events, said both Poplarville Superintendent Konya Miller and Picayune Assistant Superintendent Walt Esslinger. Pearl River County Superintendent Alan Lumpkin said as of the current forecast he did not expect any more closures in the week, but if there were any that information would be put out on the district website, social media and parent emails.

Bags and sand are available behind the Pearl River County Emergency Operations Center in Poplarville at the corner of Highway 26 and Highway 11, said Bannister.

The Picayune Fire Department and Public Works personnel will also deliver sandbags to people who are elderly or handicapped. To have sandbags delivered, residents who are elderly or handicapped can call 601-799-0602 or “311” between the hours of 7 a.m. until 3:30 p.m. Monday thru Friday. During the weekends and after 3:30 p.m. on Monday thru Friday, call the Picayune Police Department at 601-798-7411, according to a release from the city of Picayune.

Although as of Monday, Pearl River County was only expected to experience several inches of rain due to the severe weather systems in the Gulf Coast this week, hurricane season lasts through November.

The CDC recommends having emergency supplies stocked both at home and in cars and having a family disaster plan in case of a hurricane or tropical storm.

Emergency kits should include items that can help protect against COVID-19, like hand sanitizer, disinfectant wipes, soap and two face masks per person, according to CDC guidance.

Emergency supplies should also include a three-day supply of food, one gallon of water per person per day, any needed medicines, flashlights and batteries, a battery powered radio and NOAA weather radio, copies of important documents and a first aid kit.