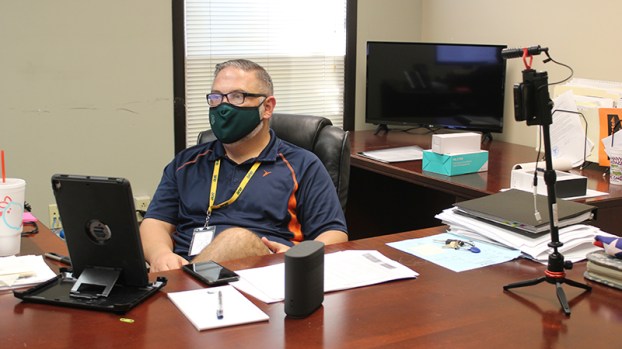 The Poplarville Board of Aldermen approved raising garbage collection rates from $15 per month to $16.50 per month for residential garbage and from $16 to $17.50 for commercial garbage disposal.
The city is operating residential garbage collection at a minor loss, City Clerk Jane O’Neal told the Board. The change will go into effect in October.
In a separate matter, the Board approved making a payment of $105,963 to Warren and Warren Asphalt Paving, LLC for paving work conducted as part of the 2019 Road and Bridge Bond Project. The drainage and paving project will be funded by gas diversion tax.
The contractor has completed paving work on East Dove Street and made a lot of progress on Strahan Street, said Jason Lamb with The Walker Associates. The contractor will be back in Poplarville to complete more paving on Aug. 13 or 17.
The Board also approved making repairs to a box culvert on Michigan Street for $3,500. There is enough bond funding in the asphalt and paving project to pay for the repair, said Lamb. The project is expected to be approximately $50,000 under budget, which should allow the Board to do some additional paving.
In a separate matter, the Board approved compensation for election commissioners for both the Mississippi Power Company franchise fee special election and the special Aldermen at large election. The franchise fee election was held Tuesday and the election for a new alderman will be held August 25.
As of 4:30 p.m. Tuesday, only 25 people had cast ballots in City Hall for the Mississippi Power Company franchise fee special election, said City Clerk Jane O’Neal.
The election commissioners will be compensated at $100 per day for work prior to the elections, $150 per day on election day and $200 per day for any work done during a run-off election.
The city will be reimbursed for the cost of the franchise fee election by Mississippi Power Company.

Pearl River County has $54,000 in grant funding for opioid abuse prevention and may receive another $54,000 if the county... read more