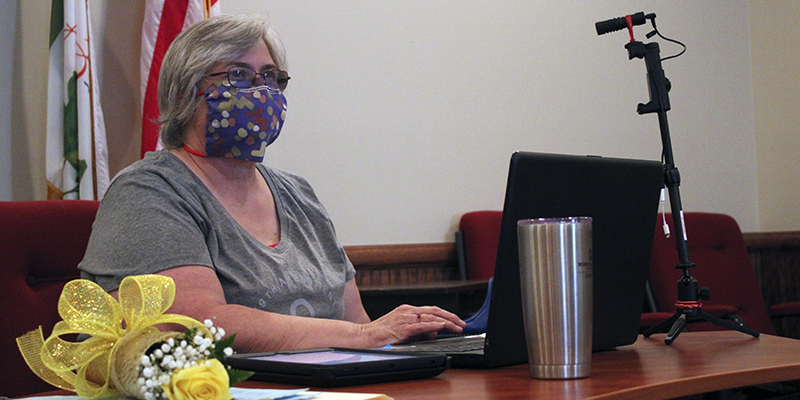 The Poplarville Board of Aldermen discussed paving and personnel at their regular Board meeting Tuesday and set a meeting for Thursday to discuss the TIF Bond further.

The Board set a meeting to discuss the College Square Shopping Center TIF bond issue on Aug. 20. at 5 p.m. The city’s bond attorney will attend to answer questions.

Board member Anne Smith said it sounded like the Board had a lot of questions for the bond attorney.

“I don’t, but you do,” said Mayor Rossie Creel.

Smith also said she felt like “there’s a lot of deceit going on,” while Creel said he felt there was simply “a lot of misunderstanding,” that could be cleared up at Thursday’s meeting.

In a separate matter, the Board approved minor asphalt paving work on Strahan Street, which should cost approximately $3,500, Jason Lamb with The Walker Associates told the Board. The paving will be paid for with money from the 2019 General Obligation Bond Issue as part of the 2019 Asphalt Paving and Drainage Project.

The Board entered executive session to discuss potential hires in the fire department, as well as personnel matters in the public works department and city hall.

After executive session the Board approved terminating an employee in the public works department, suspending a City Hall employee and approved two volunteer firefighters Hunter Averett and Keith Lange.

In a separate matter, the Board discussed budgeting for a new roof for the police department in the next fiscal year. The estimate for a shingle roof was $8,220 and for a metal roof was $12,465, so the Board decided to budget for a new shingle roof.

City Clerk Jane O’Neal also added $2,500 to the court budget for professional fees in the next fiscal year because of the many times judges have had to fill in on various city court cases, she said.

The City’s proposed budget for the next fiscal year is very close to balancing, said O’Neal. The Board will discuss it at another budget workshop Thursday and plan to publish it after that meeting.