Two people being sought in relation to man’s disappearance 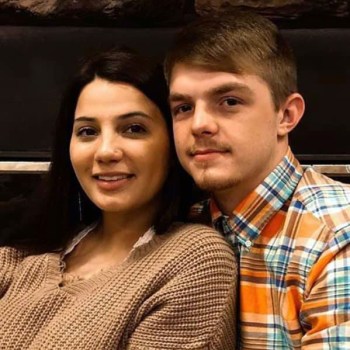 Erica Gray and Dustin Gray are both persons of interest in Willie Jones' disappearance. 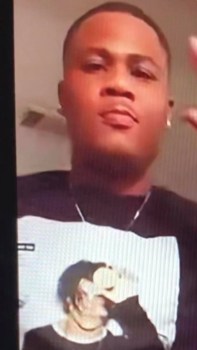 The Picayune Police Department is looking for two persons of interest in the disappearance of Willie Ray Jones.

On Sunday the Picayune Police Department posted on Facebook asking for assistance in locating Dustin and Erica Gray. The post describes Dustin Gray as a white man who is 5’9 and weighs about 150 lbs. The Facebook post describes Erica Gray as a white woman who stands 5’2 and weighs about 118 lbs. The post states that both Dustin and Erica Gray have outstanding felony warrants for possession of a stolen firearm. The pair are both also persons of interest in the disappearance of Jones, according to a statement from Assistant Chief Dustin Moeller.

Anyone with any information on their whereabouts is asked to contact the Picayune Police Department at 601-798-7411, CID Commander, Capt. Rhonda Johnson at 601-337-6544, or Assistant CID Commander, Lt. Mike Deceille at 601-916-9411. Anyone who wants to give information and remain anonymous may also call the Pearl River County Crime Stopper’s Hotline at 601-799-CLUE, a departmental release states.

Willie Ray Q. Jones was last seen in the Ponderosa subdivision in Picayune on Monday, July 6 at 3 a.m. Jones is a 28-year-old black man who stands 5’7, and is about 216 pounds, with brown eyes and short black hair. He was last seen wearing a black shirt and gray and white shorts. He usually wears two diamond earrings and a diamond ring on his pinky finger. Jones is the father to five children younger than 5.

Willie Jones’ cousin Ambreia Jones told the Item that Willie Jones left home on July 6 with Dustin Gray. Jones’ family has not been able to contact Gray since he deleted his social media accounts on Thursday, she said.

On Sunday Moeller issued a press release about Jones’ disappearance. The release states that the department’s Criminal Investigation Division has worked around the clock to investigate every possible lead since Jones was reported missing and executed multiple search warrants.

“We have canvassed multiple areas within the City of Picayune, Pearl River and Hancock Counties, and any other area known to be frequented by Jones. Multiple divisions within the Picayune Police Department have assisted and are continuing to assist the Criminal Investigations Division in this case, as well as Pearl River and Hancock County Sheriff’s Offices, Hattiesburg Police Department, MS Bureau of Investigations, Homeland Security, L.A.S.A.R (Louisiana Search and Rescue), and countless volunteers,” states the release.

According to the release, the department has also obtained multiple items of evidence, sent them for testing and is awaiting results of those tests.

“While the phone records and social media accounts of the victim and any and all persons of interest have been requested, we have and will continue to investigate this case fully and follow every possible lead. The family deserves answers and we are working to provide them,” the release states.

Jones’ family members were concerned about the progress of the investigation, according to previous coverage. Ambreia Jones told the Item that family members were frustrated that police have not given them information about where Jones’ cellphone was last located, because the family has been trying to put together a search party and did not know where to search.

According to previous coverage, the police department did not want to give out that information for fear of searchers contaminating a possible crime scene.